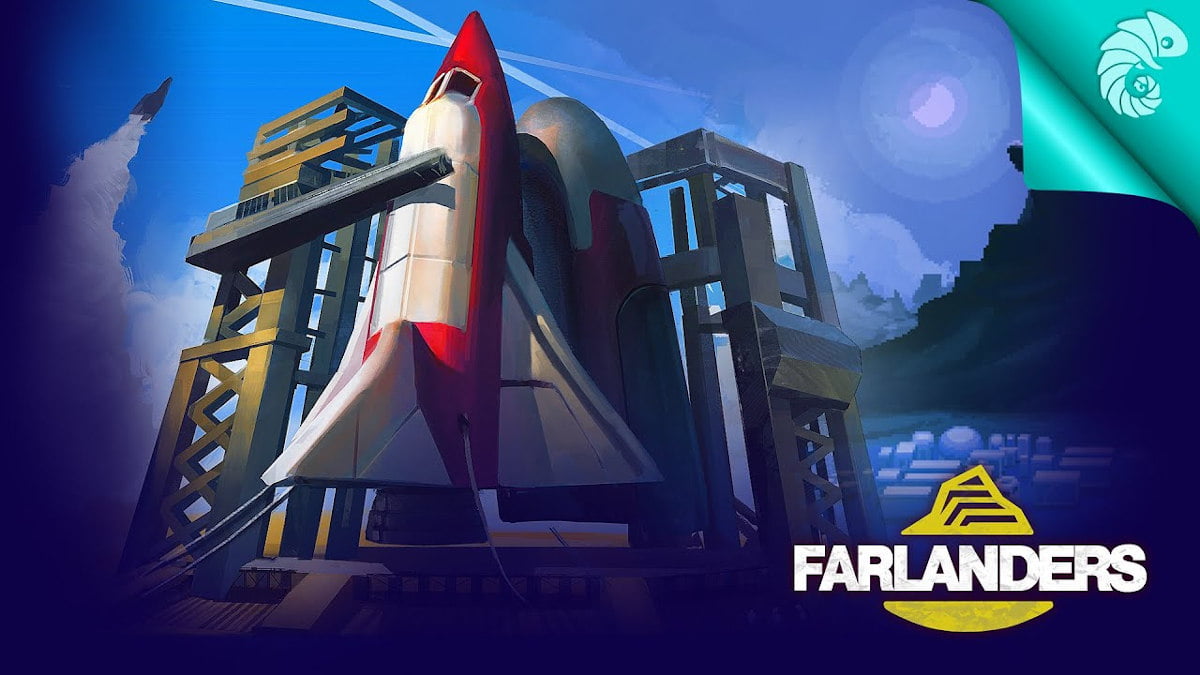 Farlanders turn based city builder succeeding on Kickstarter with a Linux gaming, Mac, and Windows PC Demo. Thanks to developer Andriy Bychkovskyi. Which is doing well in the crowdfunding campaign. Due to make its way onto Steam and GOG in November 2021.

Farlanders turn based city builder is due to raise $8,000 USD by June 17th. As a result, now, barely a week into the crowdfunding campaign, funding has more than doubled and continues to climb. Currently $17,305 USD at the time of writing.

The Farlanders story follows a race to colonize Mars. Since companies are all working to get there. As a result, many would be settlers are eager to get their chance to leave Earth. Your role is to play as a colony architect with the aim of crafting the best settlement in the galaxy. Which means shaping an ideal habitat by solving terraforming puzzles. This will mean working at the process to find water, topple mountains, and create fertile land. Therefore, manage those resources carefully, as the colony depends on you.

Terraforming System
Use a turn and select a terraforming kit to shape the landscape to your advantage. Need a water source? Place a water drop tile into a canyon. While you watch the surrounding flat land become fertile. You can also use a Farlanders terraforming kit to raise mountains that will help increase your energy production. Be wise in your choices and always plan two steps ahead!

Create Life on Mars
Turn the Red Planet green. Start by digging up bacteria and creating the ideal conditions needed for plant life on Mars. Grow grasses and other flora to boost your colony rating. The government may take notice of your work. So they may help your efforts to build a bigger and better Farlanders settlement.

Building
Create a viable habitat for your settlers by building water pumps. Establishing farms on fertile ground, harnessing the power of the sun, and mining for precious minerals. While you may be eager to quickly advance your Farlanders colony, don’t forget to conserve your resources. So you can create power cables and pipes to connect the whole settlement. Also, be sure to setup a convenient and sprawling tunnel system across the planet’s surface.

Procedural Map Generation
No two maps are ever the same when you select a new game in Farlanders. With procedural map generation, you will be challenged with each new landscape as you navigate. All while your work through the canyons, mountains, and rough terrain of the Red Planet.

Customized Maps
Want more control over the maps? While you customize the landscape to make it more of a test. Or ease the struggles of establishing a new colony by altering the planet. Create more water sources or remove them completely. Raise the terrain to give your wind turbines an advantage or flatten the soil to construct more solar panels. The choice is yours.

Since the Demo is just a taste of what gameplay has to offer. You dive into gameplay now via the Prologue. Available to play free on Steam, Itch.io, and GOG. The Demo offers support in Linux gaming, Mac, and Windows. Now available with 5+ hours of awesome content.

Farlanders turn based city builder is due to be available November 2021. With support in Linux gaming, Mac, and Windows PC. Since you can support the Kickstarter crowdfunding campaign with a copy of the game for $15 USD.