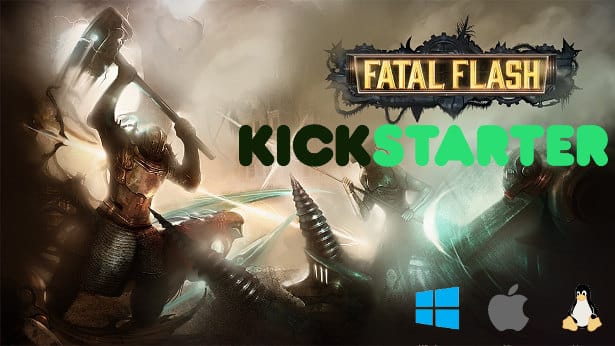 Since the campaign launches by New York based indie studio, Single “A” Productions. Since this is their first game title. Fatal Flash will be a free-to-play 2D competitive arena brawler. Similar to Awesomenauts but with more unique characters. Which is of course coming to Linux, Mac and Windows.

Also if funded, the game will release with 12+ character archetypes. As well as multiple combat and frenetic multiplayer game modes. So yes, this will mean a wide array of character customization options. These can be tuned to your gameplay style.

Single “A” Productions is also releasing a demo available for public download on Linux, Mac and Windows. So players can experience firsthand a glimpse of the multiplayer mayhem the demo has to offer. Also the studio promises to make adjustments to the game based on user feedback.

The Kickstarter crowdfunding campaign is running now until March 15, 2018. The target goal is $25,000 and already 28% funded with 28 days to go. Again, crowdfunding supports Linux, Mac and Windows.

Strength Of The SWORD ULTIMATE fighting-brawler now on Kickstarter for Linux, Mac and Windows PC