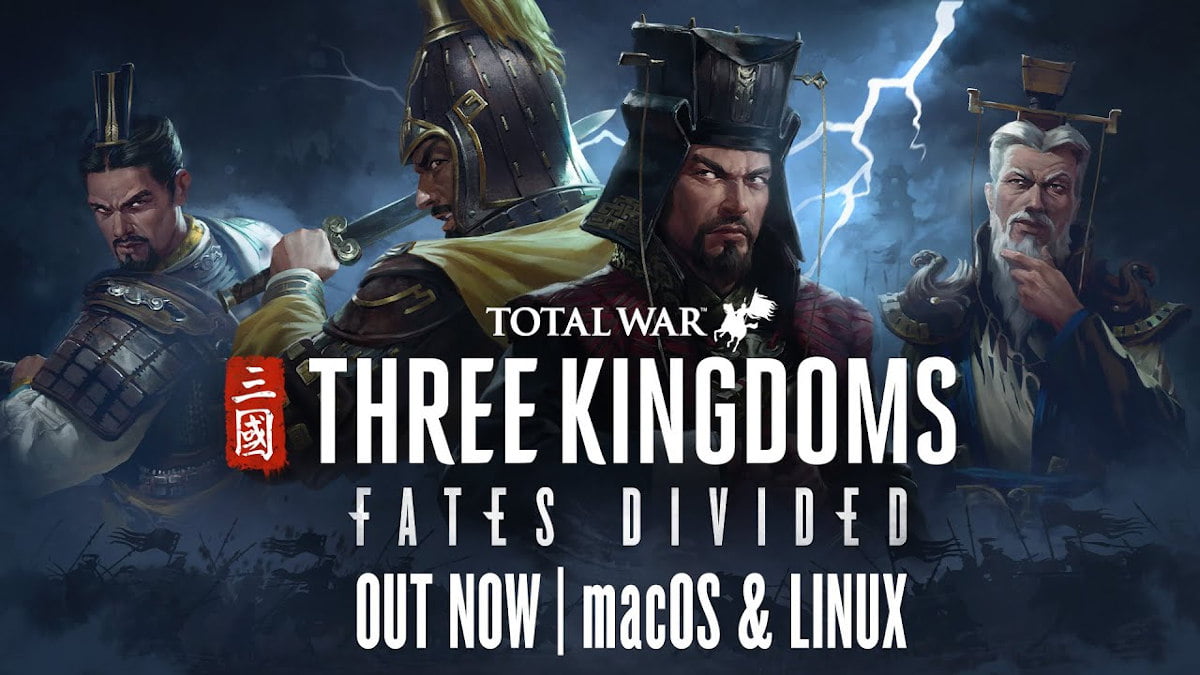 Fates Divided chapter pack releases for Total War: THREE KINGDOMS via Linux gaming and Mac, with Windows PC. Thanks to the efforts of developer Creative Assembly, with ports by Feral Interactive. Available on Steam, Humble Store, and the Feral Store.

Fates Divided – the latest Chapter Pack for Total War: THREE KINGDOMS – is out now. Which releases for both Linux and Mac.

The year is 200 CE, and two childhood friends with ambitions lead their rival kingdoms down a path to all out war. Cao Cao and Yuan Shao’s factions have been completely reworked. While including each with five new units and additional stories. Also, access to military support from the mighty Northern Army. Well, for the warlord who proves himself worthy of their support.

Fates Divided has places forge a new empire with an army headed by two of China’s mightiest warlords. Since both Cao Cao and the powerful Yuan Shao, each has their own unique desires and stories to tell. All taking place in the 200 CE timeline. So you can follow them into the battle with a multitude of era defining warriors. Such as Ye Vanguard Spearmen, Xiongnu Noble Cavalry and Qingzhou Halberds. Maybe also take control of the elite Northern Army should you claim victory over your foes.

Players can also embark on a new cross-generational campaign as Liu Yan. A man of great drive and strategy, while he attempts to build a legacy for his family. Taking place in the shadow of the Han Empire. Use his unique aspiration mechanic to set the stage for his son Liu Zhang’s eventual legacy. Reap the rewards of your father’s hard work. Or maybe watch as his best laid plans crumble under your care.

Since Fates Divided brings a host of new faction mechanics. This includes start dates, objectives and reworked systems to existing lords from the base game and previous Chapter Packs. Released at the same time as a free update. Which also introduces Liu Yan’s new cross-generational faction into the fray. With two unique units of their own and a brand new succession mechanic.

Fates Divided new chapter pack due to get support