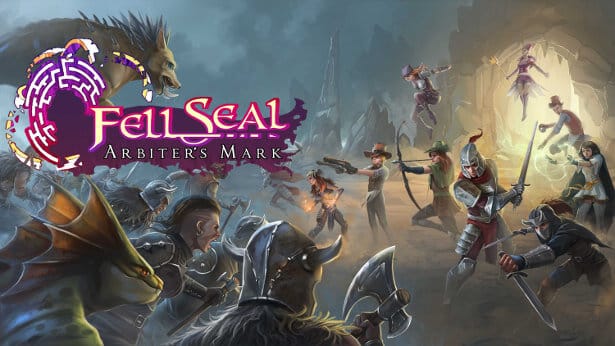 Fell Seal: Arbiters Mark is leaving Early Access games on Linux, Mac and Windows. Developer 6 Eyes Studio also has a massive update. Plus the games discounted 10% this weekend on Steam.


Since it can often be difficult to jump into a narrative game. For fear of losing the story trail in Early Access.
So as far as Fell Seal: Arbiters Mark is concerned. 1C Entertainment and 6 Eyes Studio have the answer. Not only is this your last chance to pick up the game for its reduced Early Access price. But you’ll also be able to play up to its thrilling finale.
So you can see why this tactical RPG marvel has a passionate fanbase. Boasting 93% user reviews on Steam.

With the announcement of its full release date on the horizon. Fell Seal will also receives a massive update today.
Since this adds a huge amount of optional content. Aside from its crowning final encounter. And a couple of secret surprises. Which will also release at launch. 6 Eyes Studio is eager to confirm that this update details. Since this makes the game officially feature and content complete. Okay, nearly. While offering up all the missions and classes. As well as gear and optional content planned for release.

In an effort to give back to this community. And let them make their (arbiter’s) mark on the game world. 6 Eyes Studio will be kicking off a contest along with Fell Seal: Arbiters Mark’s launch. Fans will be designing their dream weapons and armor. And also sharing them on social media. No prior game development knowledge needed. 6 Eyes Studio will then pick their favorites. Translating them into in-game gear. As part of a post launch update. Be sure to follow 6 Eyes Studio and 1C Entertainment on Twitter. There is more information about how you can participate.

As an added incentive for players to jump into Fell Seal: Arbiters Mark before launch. The games currently available on Steam for Linux, Mac, Windows. Including 10% off its Early Access price of $19.99 USD (16.99 EUR).
This is also the last chance to buy in at this price. Before leaving Early Access, the price goes up to $29.99 USD (24.99 EUR) on Monday, March 18th.
So in preparation for its full launch, leaving Early Access. From the introduction of 32 character classes. And over 130 unique battle encounters of Fell Seal: Arbiters Mark. All the way to localization in 5 different languages. Including German, French, Portuguese, Spanish and Russian. Plus the addition of a Simplified Chinese font. Supporting the game’s budding modding scene. The development has been a long journey. Full of unending passion. Both courtesy of 6 Eyes Studio and the game’s dedicated fanbase.