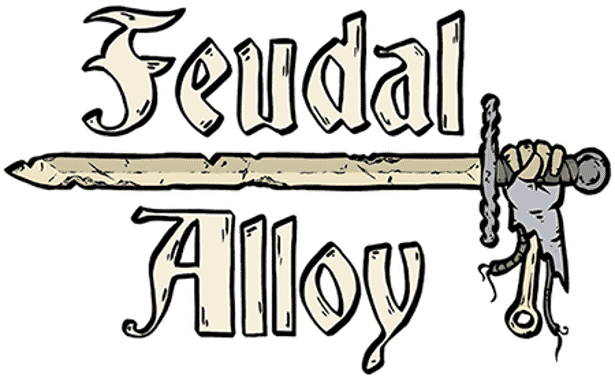 Feudal Alloy is an epic action adventure coming to Linux, Mac and Windows games on January 17th. Coming to Steam, GOG and Humble Store in two weeks. Where gameplay will have you playing a fish-controlled medieval robot. I know, it sounds weird, but having played an early build of the game, this is worth checking out.

Feudal Alloy gameplay will have you explore this unusual medieval world, while playing as Attu. So it’s up to you to improve your combat techniques and skills. While you smash many kinds of mechanical creatures in a beautiful hand-drawn world.

So here’s the story, Attu is an ordinary farmer robot. One who lives in a small cottage in sunflower fields. He lives a simple but pleasant life until a bunch of outlaws attacked the village. Then stole their oil supplies and burnt his house.

Fortunately, he manages to grab his old sword and flee into the woods. Allowing the player to get lost and discover a huge interconnected world. One that is also full of a wide range of enemies, bosses, skills, and equipment.
Yet it’s also up to you to choose which paths you take and which enemies to face. Then try to defeat the evil and find your way back home.

Attu Games is a tiny two-member studio from the Czech Republic. The have also been working on Feudal Alloy for about three years. Doing almost everything by themselves except music. This includes all of the game design, programming, art and animations, level design, story etc.

Having already released one commercially successful game – a puzzle platformer Toby: The Secret Mine. Which also came out on all main platforms via Steam Linux, Mac, Windows, Xbox One, Playstation 4, Nintendo WiiU, iOS, Android, AppleTV. Taking about one and a half years to make, with a kind of Limbo vibe to it.

Feudal Alloy epic action adventure will be releasing on Linux, Mac and Windows. Coming to Steam, GOG and Humble Store on January 17th for $16.99 or €14.99.

Feudal Alloy release for the metroidvania is here