Filament is an ultra challenging puzzle game. Which also happens to be releasing worldwide today. Available on Linux and Windows PC. Plus a Switch version will be available later this year.
Winner of the 2017 Epic MegaJam. Filament takes place aboard The Alabaste. One of The Filament Corporation’s flagship research vessels. You must try to wrestle control back from a mysterious complication. Since it the ship is locked down and the crew missing.

Filament is a story rich and fully narrated puzzle game. One that also centers around solving sets of cable based puzzles. All while exploring a seemingly abandoned spaceship.
Freely explore the mysterious ship. Solving over 300 challenging and varying puzzles. Plus you can do so in (almost) any order you like. My advice though, in the beginning, the puzzles closest to you are best. Since this gives you a better chance of getting used to the game. Making use of each environment. Which may also seem easy to start, but they get more intriguing as you progress.

Search crew logs, messages, records and personal items in Filament. All of which are all around the ship. Since you are on a quest to find the truth. Learn who the crew were, and maybe in doing so, find out why they left.

With only the help of Juniper, the ships stricken pilot. You will face over 300 fiendishly difficult puzzles. These will push your wits to the limit. All in a bid to uncover what happened to the crew and why they disappeared.

Filament a singleplayer title with complex, yet ultra addictive puzzles. These are all best playable with a controller. So you can challenge yourself to board the Alabaster. Then figure out how to leave. 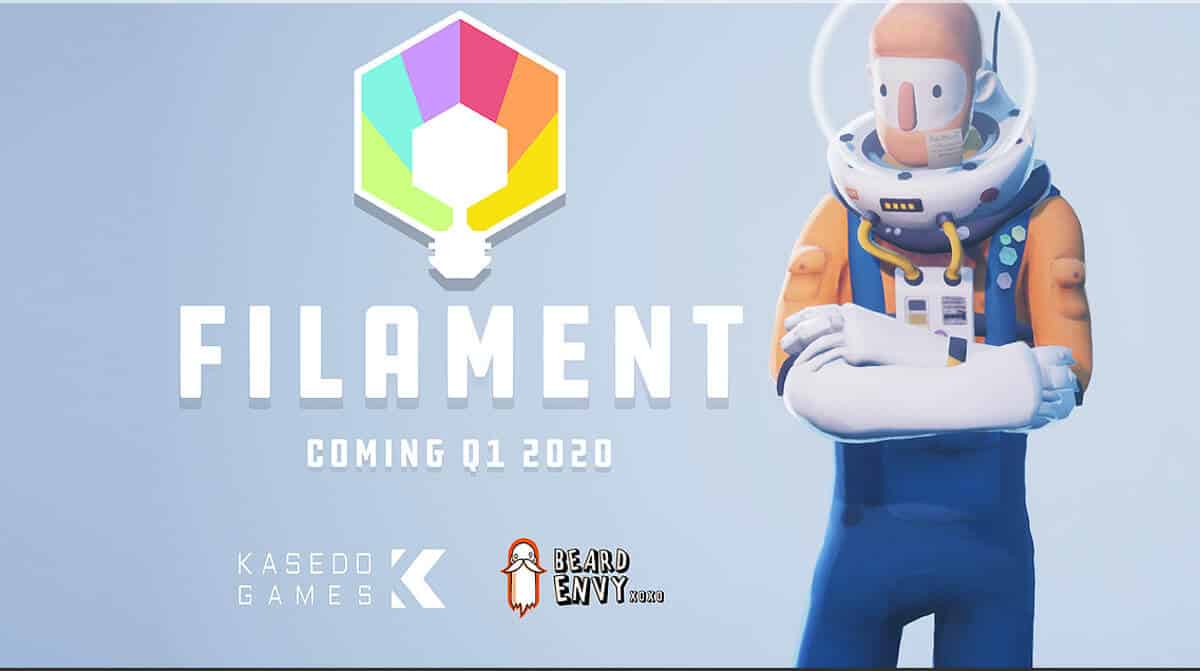