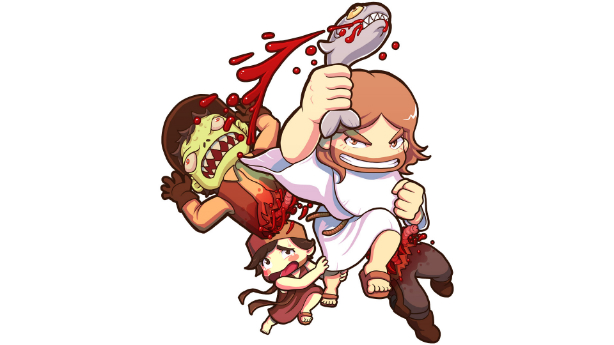 It’s probably historically inaccurate, at least. Recording of events back then was pretty hit-or-miss. A #hilarious gore beat’em up classic style #arcade game with #RPG depth.

In Fist of Jesus, players take on the role of Jesus Christ and Judas as they fight off hordes of zombies with a swordfish, pulled-off body parts, a big cross and … did Jesus just fart and explode all of those zombies? Seriously? Well, if you’re going to do wacky, you might as well go big.

Fist of Jesus comes from developer Mutant Army an accompanying live-action short film. You can probably guess the movie’s premise. See the game trailer below: