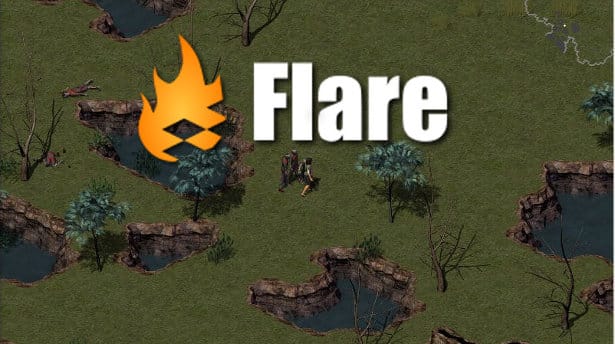 Flare the Free 2D action RPG hits version 1.01 for Linux, Mac and Windows. Since the games not a re-implementation of an existing game or engine. But a tribute to and exploration of the action RPG genre. And the game is available (146.1 MB) Free for Linux.

Flare comes bundled with a game made by the Flare team, the Empyrean Campaign. So this Empyrean Campaign’s story begins with the player being exiled. Hence their homeland of Empyrean. Which also results in them embarking on a quest to regain entry.
Since this journey takes the player through many regions. While offering plenty of side quests along the way.

Flare uses simple file formats (INI style config files) for most of the game data. This also allows anyone to easily modify game contents. Open formats are easiest (png, ogg). The game code is C++. Originally the first game to be developed using this engine was part of a repository.

Since we have some distinct game changes. We also have quite a few engine features and fixes. This is available now in Version 1.01