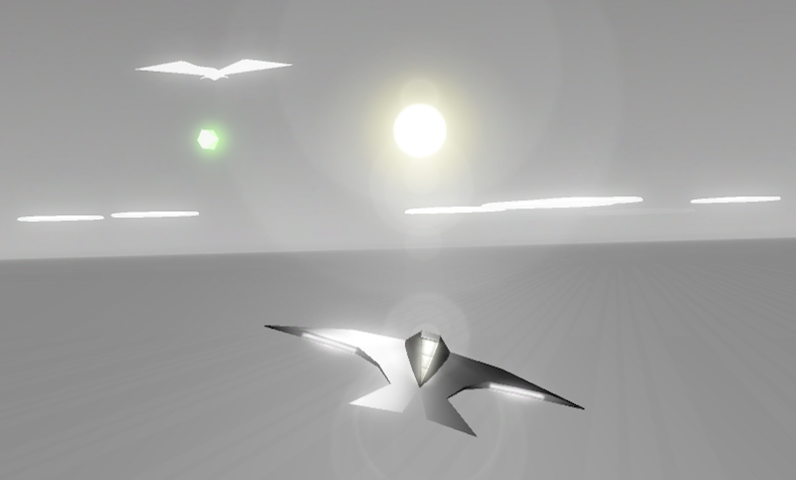 Flippfly has announced that Race the Sun’s Public Beta is now live. The beta is currently limited to 5,000 people who will help provide feedback on the game until its official release later this summer for Windows, Mac and Linux.

From the Press Release
Flippfly is enthusiastically ecstatic to announce the unveiling of Race the Sun’s Public Beta, and one thing is certain; you will not survive. A hyper-kinetic endless-racer with minimalist style, Race the Sun demands your devotion in the pursuit of high-scoring perfection as it wraps you in the sumptuous embrace of addiction.

The rules are simple: don’t crash, rack up points, and keep boosting to keep your solar-powered craft in the ever-sinking rays of the sun. Race the Sun uses a mixture of hand-crafted and procedurally generated stages to provide a unique world every day, and invites users to create and share their own.

We are opening Race the Sun for a public beta – currently limited to 5,000 people – to help push the limits of the Simplex World Creator, stress-test the servers, and provide feedback. And, let’s be honest…we hope you fall absolutely in love with the game. Although preorder customers will eventually receive additional bonuses as thanks for their support, beta testers have access to all the core content and features with unlimited play-time.

To learn more, visit the official Race the Sun website.