Fly In The House exploration and destruction 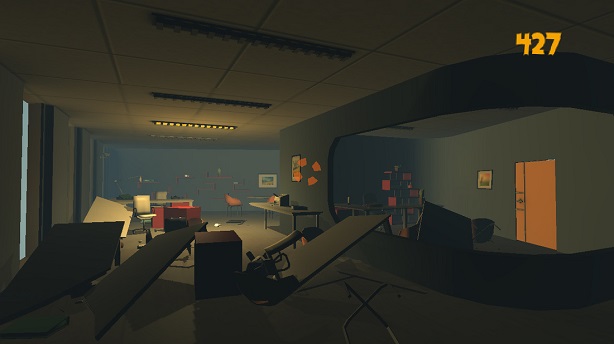 A new trailer for Fly In The House for #Linux, Mac and Windows PC, shows just why lone #developer Mykhail Konokh calls it an “exploration and destruction” game that parodies Fullbright Company’s own exploration game, Gone Home. In Fly In The House, you become obsessed with a nagging, buzzing insect’s presence and take up arms against the nuisance.

Pick up objects, crash them and smash them. Earn points, collect ranks, search hidden objects and find the answers and reveal unexpected mysteries.

Shooting people and alien creatures is easy. A first person shooter targeting a pesky fly is the test of a real gamer!

Much like Coffee Stain Studio’s Goat Simulator, Konokh’s game rewards players with points and ranks when they toss any item in the house they find at the fly, trashing the place they call home. While not officially on Steam Greenlight yet, Fly In The House‘s concept page notes that players will also “search hidden objects” and “reveal the mysteries” of the main character across varying game modes. Check out the trailer after the break.