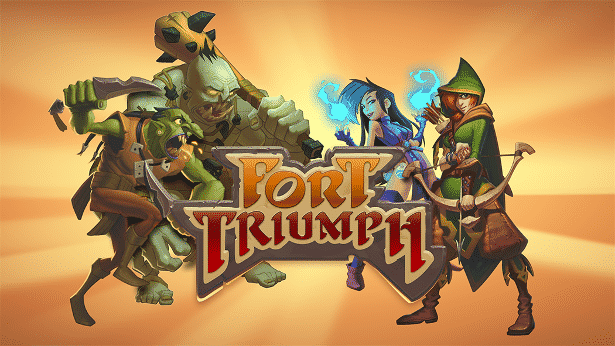 Right now in gaming news, Fort Triumph tactical RPG has made a crowdfunding debut on Kickstarter. Hence a game described as “Fantasy XCOM” for Linux, Mac and Windows PC. A mix of sophisticated tactical combat with RPG influences. So this includes character customization, equipment, inventory and the right amount of tabletop. Well worth taking a look into, with a free Demo. Read on…

So is all RPG’s there is adventure, choices and consequences. Therefore viewing campaign map or in the midst of battle. Players will have to make informed decisions that affect how gaming is carried out. So pay attention to certain events and neglect others. Such as risking the death of an experienced hero or sacrifice peasants instead. Fort Triumph is designed to test your judgement and avoid danger.

Developer Fort Triumph Team believe in DRM-Free products and involving the community. So the news that this game will be released on Steam Early Access this summer for Windows PC is impressive. Follow by Linux and Mac, then consoles.

No news is better than a Free game Download on IndieDB, Gamejolt, Steam.

Fort Triumph is filled with all sorts of terrain, locations and places of interest. So players will battle in mighty castles and ruined outposts. Traversing thick forests and raging rivers. Even exploring crypts, caves, snowy mountains in the tactical RPG.
Settlements like towns and taverns will provide rest to your parties. Then gather strength, hire mercenaries, buy and sell equipment and also get drunk.

Battle with your squad against swarms of enemies on a tile based map. Hence the combat aspect of Fort Triumph relies on your ability to outwit enemies. While using the environment, sharp tactical senses and smart use of the abilities. Such as dropping a pillar on the enemy.

Fort Triumph Team plans to make each run relatively short. Yet both fun and unique across Linux, Mac and Windows PC.

The locales and areas on the campaign map are random. So the routes and quests are always different. The battlefields are also random. Players will never know for sure where the enemies will come from. Or where to find the hidden treasures on the map for the tactical RPG.

The fantasy of Fort Triumph is filled with magic and ruthlessness, thus a group of specially trained combatants is needed to succeed in this unforgiving world.

In Fort Triumph, no two heroes are the same. Each will have their own personality and will react differently to certain events. The uniqueness of the characters, their opinions and behavior. Hence what gives grace to the adventure.

As expected from a hardcore D&D game, the world is rich with all sorts of monsters, and each class of monsters have their own hierarchy of combatants; goblin shamans, boar riders, cackling skeletons and more.

The tactical RPG Fort Triumph is looking for Kickstarter support for Linux, Mac and Windows PC. And if you have yet to try the Free Demo, do so it’s worth playing.