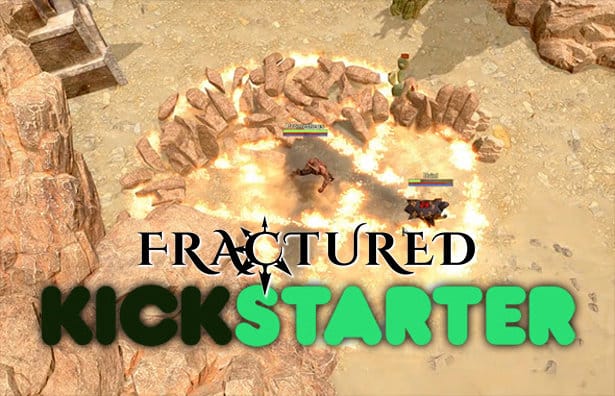 
Fractured gameplay mixes action combat with fully interactable environments. Which appeals equally to lovers of competitive and cooperative gaming. Jump right into the fray from day one. Defeat your enemies through your own skill and cleverness, not equipment or level.

Gather resources, craft, trade and venture into legendary travels as a solitary hero, or start a settlement with your guild and grow it into the next empire.

The footage below includes pre-alpha gameplay, featuring the exploration of a 1 sq. km. Doing so on a procedurally-generated map, showcasing ARPG combat and the art direction of the game.

Fractured is being developed for computers running Linux, Mac and Windows. While supporting all these three operating systems is planned to be available on full release. So it is possible that only Windows support will be available during alpha / beta.

Clarification will be release when the game approaches Alpha / Beta testing.

On top of the above, Jacopo Gallelli revealed that after having raised over $100,000 from a group of private investors in March. The aim of the company is to collect at least additional $250,000 in the crowdfunding campaign.

Since this will help further the progress of Fractured adding a few professionals. These are already selected to the team , such as a new 3D artist, a developer, an animator and a VFX artist. So the team can keep up the game features for the first testing phases. While ultimately focusing on 100% of the vision for Fractured.

Players who would like to receive updates on the project can register an account for free on fracturedmmo.com. Signing up also gives everyone the chance to win a pre-alpha key by being an active part of the Fractured community. Which already counts over 10,000 members.