Frostpunk The Fall of Winterhome releases 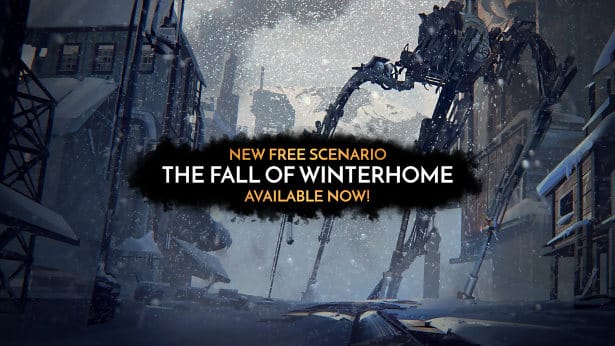 The Fall of Winterhome, a story-driven, free expansion for Frostpunk on Windows, that runs on Linux. So if you already own the game, this new update seems to give even smoother performance via Proton. Available on Steam, GOG and Humble Store.


So owners of Frostpunk will automatically get the update of all existing copies of the game. This new narrative unveils the events preceding those in the main campaign. Since players might have discovered the ruined town of Winterhome. The scenario also tells the story to the town preceding the catastrophe.

Frostpunk – The Fall of Winterhome (Windows, Linux via Proton)

The Fall of Winterhome offers hours of brand-new content. This also includes new visuals and most importantly a new take on Frostpunk‘s mechanics. So even Linux players will get the chance to roam around a new map. And reveal even deeper lore about the frozen wasteland. While managing the city while it’s people cling to survival within in-game. What is the truth behind The Fall of Winterhome? Discover its mysteries now!

About Frostpunk
Frostpunk is a city-survival game set on an alternate, frozen Earth. Where heat means life and one person must make the tough decisions to preserve humanity as a species. Play The City’s ruler, managing both the inhabitants and the infrastructure.

Using tactical skills, face challenges that will frequently question morality. And the basic foundations of what we consider organized society. Optimization and resource management often clash with empathy and thoughtful decision-making.
While city and society management will consume most of the ruler’s time. ANd at some point exploration of the outside world is necessary to understand its history and present state.

What choices will you make so the society can survive? What will you do when pushed to the limits? Most importantly, who will you become in the process?

So depending on your preferred store of choices. Frostpunk is available for $29.99 USD on Steam, GOG and Humble Store. Built for Windows but runs deliciously well on Linux via Proton.

The Fall of Winterhome Free for Frostpunk