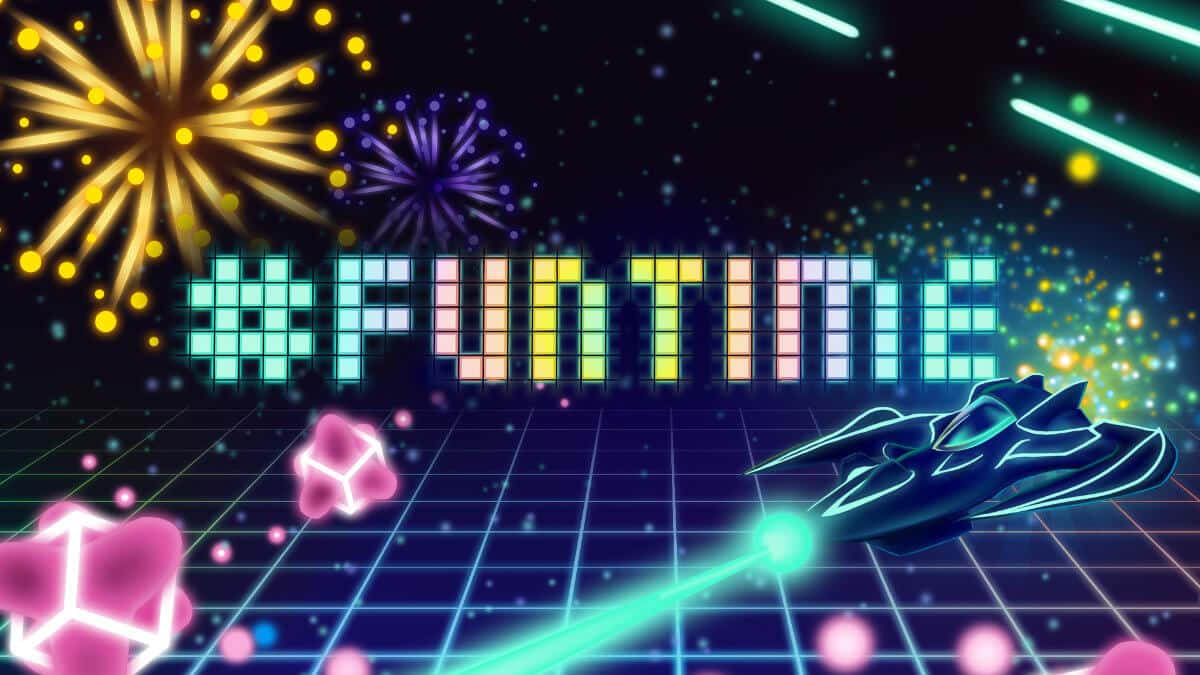 #Funtime explosive twin stick shooter coming next week on Linux, Mac and Windows PC. Thanks to developer OneGuyGames. Due to arrive on Humble Store and Steam next week.


#Funtime is due to bring he retro arcade twin stick shooter on July 16th. Which will be available on Linux, Mac and Windows PC. Which certainly comes with it’s own hashtag too. So you can delve into the fast paced mayhem. It’s really a completely solid flashback to the games of old, but way faster.

#Funtime will bring bright lights and space fights. So you can blast your way through grids of multicolored madness. All while changing color to adapt to your environment. As you work to overcome the digital hordes. There are also continuous ship upgrades to keep you going. Both further and longer into the great unknown. Hopefully, you can survive the full spectrum of challenges. Maybe even claim the high score? Show your dominance on the leaderboard?

#Funtime has 50 levels that include crazxy mazes players must escape. There are even color match attack and defense mechanics. Even a wrecking ball flail you can whip around the arena. Dealing out some massive damage across the stage.

Swap through four ship colors in #Funtime. Since each provide unique shooting patterns. Color the floor tiles to create walls of defense against similarly colored enemies. Grant access to temporary, color coded safe zones so players can attack with impunity. #Funtime is everything you didn’t know you wanted in an upgrade to your long Asteroids and Galaga sessions.

#Funtime is also published by The Quantum Astrophysicists Guild. Who are also responsible for other Linux titles. Such the critical acclaim for their early titles, The Bridge and Tumblestone. In 2019, the company broadened its focus to collaborating with indie developers publishing on PC and consoles.