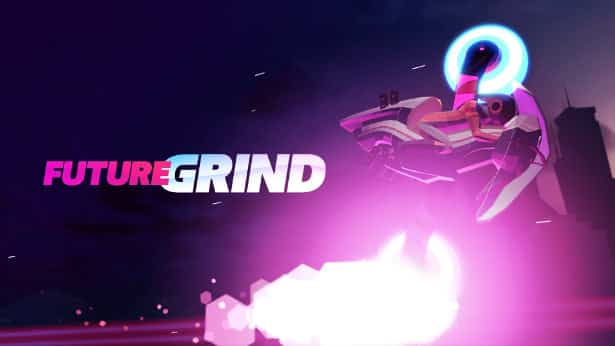 FutureGrind is an arcade stunt racer coming this month for Windows, but we could see a Linux port. We reached out to developer Milkbag Games, with some positive news ahead of the games January 22, 2019 release on Steam.

The future may not be now, but it sure is close. So strap yourself in for a brand new breed of extreme sports. Since FutureGrind launches on Windows PC on January 22, 2019. Taking the form of an arcade stunt-racer that’s all about tricks, skill, and speed. While players jump into a futuristic, two-wheeled bike and rack up huge combos. Hunting for the perfect line, matching your coloured wheels with each track’s fiendish layout of rails.

The whole concept of the game caught my attention. The graphics are art style looks really familiar. But the release is missing Linux support. So I reached out to Milkbag Games via Twitter. The reply is interesting…

No, sorry, we're a team of two and we weren't able to swing Linux support for launch. If there's enough interest it is something we'll consider, but I can't promise anything at this point.

So it seems it’s time yet again to show that Tux love. This is not a full out confirmation, but definitely some positive news. Which could end up in a Linux release at launch or post release.

FutureGrind isn’t just about highscores, though. It’s the future, and this extreme sport comes complete with a robust story mode (and potential plot twists). Take on the role of a newly-sponsored rider, keen to make your mark on the pro circuit as you compete on some of the most mind-bending tracks known to man. As you continue to fight for your sponsor’s favour, discover the true nature or your new job and the implications it could have on the world around you…

Featuring a story mode with over 30 unique tracks that’ll have you testing the depths of your reflexes, 5 unlockable bikes offering multiple styles of play, and score attack mode, there’s no shortage of ways to show off your style. Compete for the highest score with a deep combo system that rewards creativity and will have you restarting tracks over and over to nail that perfect line.

Tying this all together is a thumping original soundtrack full of synths and saw waves by bignic. Want to check out a sampling of the available tracks? Head over to Bandcamp, where pre-orders and a preview of the FutureGrind soundtrack are now available.

FutureGrind slides onto Windows PC, Nintendo Switch, and PS4 on January 22, 2019 priced at $19.99 USD. Also, cast your Tux Love in link above and Wishlist the game on Steam.