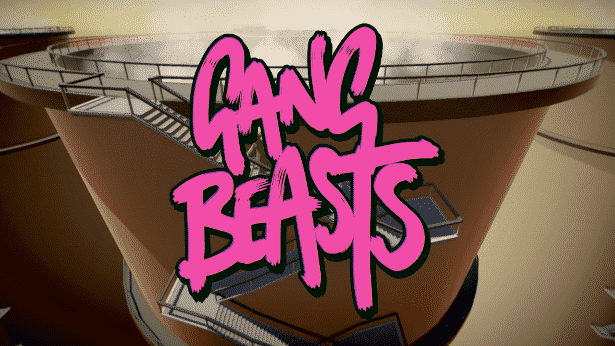 Gang Beasts is a silly multiplayer party game for Linux, Mac and Windows. The games on Steam and Humble Store with a full launch as of December 12, 2017.

So get ready to shock and delight at the spectacle of stupidity thugs. The games full of punching, kicking, and throwing foes into random hazardous machinery. Also flaming incinerator pits and ginormous industrial fans.

Customise your character and fight local. Go online and fight in a melee game mode. Or face off enemies with friends. While you take on the gangs of Beef City in the gang game mode.

Since the first gameplay that caught my attention was back at Twitchcon on 2015. So even then the games ridiculous aspects put a smile on faces. While top Twitch personalities hosted a bevvy of funny moments. Each trying their best to knock off the other players.

Therefore, expect to go completely savage in multiplayer. It’s kill or be killed. All in this crazy brawler.

So Gang Beasts is available now. The games on Steam and also the Humble Store. As the full launch comes to Linux, Mac and Windows in 2017. So ready up for some multiplayer mayhem?