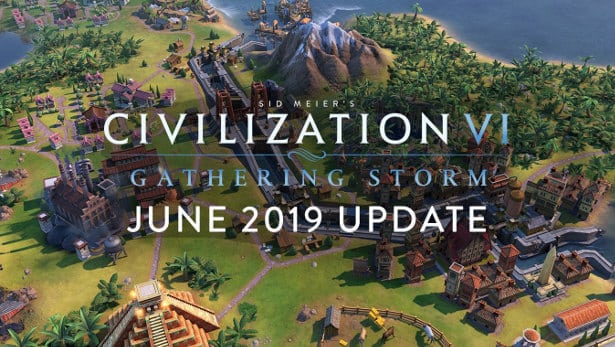 Gathering Storm gets a June update for Civilization VI in Linux, Mac and Windows PC games. Thanks to the continuing efforts of Firaxis and Aspyr Media. Which brings a host of new Features. If you don’t own the DLC, check it out on Steam and Humble Store.

Now it seems the June update brings further changes. A ton of balance and polishing. They also removed CLASS_MELEE tag from GDR. Which was incorrectly giving the GDR a bonus vs. anti cavalry units. You can check out more detail the trailer below.

Civilization VI: Gathering Storm also has new civ’s. The games new content has nine new leaders. Also seven new World Wonders. And a variety of new units, districts, buildings, improvements and more.
So if you do not own the Gathering Storm. Check it out on Steam and Humble Store. Priced at $39.99 USD. With native support for Linux. And also Mac and Windows PC.

Civilization VI is free to play for 2 days