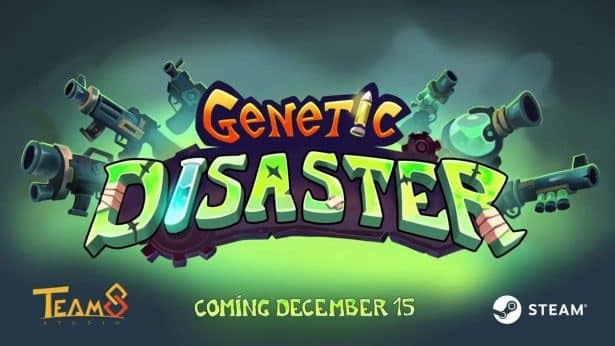 Genetic Disaster is a coop action game on Steam Early Access and Humble Store. The games available for Windows, but Linux and Mac are likely coming as well.

“If everything goes as planned we will start the other versions: Mac + Linux, Switch + PS4 + Xone.”

So the reason for this? Team8 Studio wants to “solidify their position.” Then move on to the next platform. Which they explained via email with a memorable metaphor. I’d share it, but that would spoil the fun.
That being said, a Linux release depends on how well the current version sells. And so far the game reviews are a solid 90% Positive. So that’s a good sign.

Genetic Disaster is an action game based on cooperation. Also, based around absurd guns, crazy characters and instant fun. While exploring procedurally generated levels. Which seems to be a standard for games now. And this one is coming with accidental friendly fire via multiplayer. Also, you’ll probably die a lot. But that’s why you can team-up to 4 players on couch coop or online. Sort of a mix between Monsters and Monocles and wacky platformer Caveman Warriors on Steam for Linux.

You’ll face different environments and enemies before fighting the final boss. So Change the way you approach the game. And upgrade your character with perks. Reload speed, more generous ammo, loot, life steal…

So 2, 3 or even 4 players can play together. Or against in the different game modes. Difficulty scales itself offering a more intense experience if there are several players. So more enemies, more guns but also new and exclusives multiplayer rooms. Genetic Disaster is all about the die, laugh and retry principle. Team8 Studio plan to release the complete version this Christmas.

Genetic Disaster is available now on Steam Early Access and Humble Store. The games playable on Windows, but likely coming to Linux and Mac.