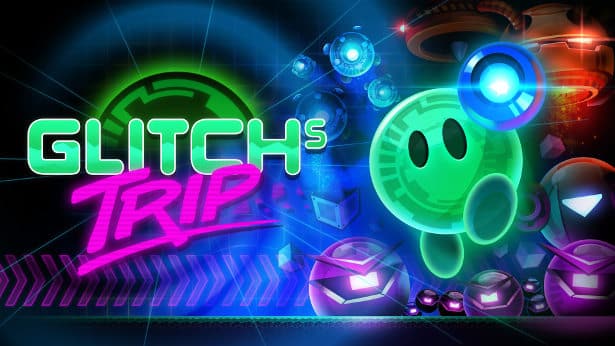 Glitch’s Trip is now available via Steam Early Access games for Linux, Mac and Windows. The games really a tough twin-stick platformer. Where players take on the role of Glitch. A gooey green ball of space alien. Also one who is trying to survive in worlds dominated by deadly alien bullies.

You’ll leap over seas of lava, rave in fluctuating gravity. Then blast baddies that want to ruin your day. And glitch through hundreds of near death experiences.

When Glitch interacts with enemies and objects. They will also visually and physically affect the player’s view and orientation. Only quick reflexes and embracing the visuals will get the player through the challenges that lay ahead.

So you can expect gameplay like Super Meat Boy mixed with Cuphead. The level design can be more puzzle oriented. While gameplay it self is a challenge. Mixing in jumping, shooting and glitching. This is a crazy mix for a platformer.

Glitch’s Trip is available now on Early Access for $9.99 USD. Which releases with Steam, Itch.io and Green Man Gaming.