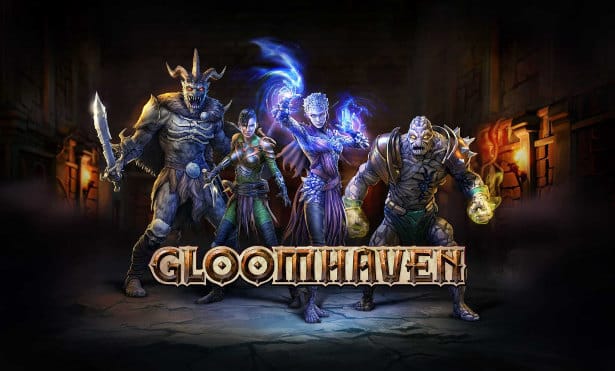 
Gloomhaven is the upcoming Tactical RPG game. The trailer is also based on actual in-game footage. So it showcases the first four playable characters. Those releasing at the start of Early Access. While using using some of their abilities. As they face the dangers of Gloomhaven.

As a board game, Gloomhaven has raised $4.4 million on Kickstarter. Thanks to more than 45,000 backers. Which is also acclaimed by both players and critics alike. The Gloomhaven board game has some achievements. While having the highest rating on BoardGameGeek. Winning 6 Golden Geek awards. Which also includes “Board Game of the Year” in 2017.

In the digital version of Isaac Childres’ ultimate Tactical RPG. Developed by Flaming Fowl Studios. Here you play as a squad of two to four mercenaries. While gameplay takes places in a world of darkness and trials.

As for the latest Linux detail. Well that also has a minor update. Since Flaming Fowl Studios is still seeking Wishlist support.

“When you wishlist the game.

Obviously the Early Access release will not include Linux. But there seems to still be interest in the platform. This latest update is from June 13th. And I’m really hoping for solid Proton support.

Gloomhaven has legendary unforgiving difficulty. But also rewards the best strategic thinking players. Bringing the lore and game mechanics. As well as identity of the beloved board game into the digital era.
Since Gloomhaven leverages all the benefits of the PC platform. At the start of the Early Access, players will be able to experience a new exclusive roguelike mode. While the original campaign will be available later. When the full game is launched. Which will hopefully including native support.

Gloomhaven will have you leading a squad of fearless mercenaries. So you can carve your way through terrifying randomly generated dungeons. Fight through challenging and horrific foes. Coming to Steam Early Access on July 17th for Windows PC. With hopes of Linux support for the full release.

Gloomhaven strategy board game and support