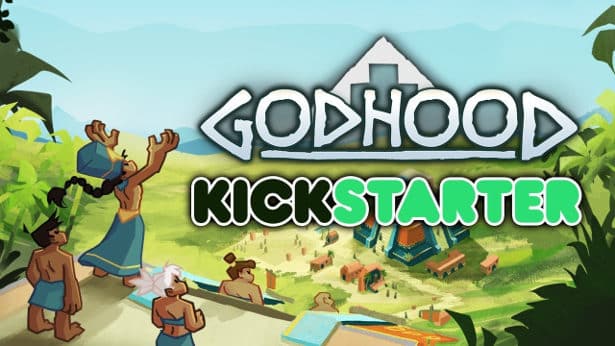 Godhood the strategy god games now live on Kickstarter for Linux, Mac and Windows. All thanks to developer Abbey Games. The Dutch studio behind Reusand Renowned Explorers. Now launching their crowdfunding campaign for the upcoming god game. With plans to add Eldritch God.

While the base game for Godhood does have funding. And also coming to Early Access in May 2019. The team wrangling up more funding to give the game extra depth. With the help of their community.
If the studio reaches its goal of €50,000 before March 1st. There will be a new additions to the game. Where players will gain the option to create their own secret cult. And also pose as an ancient eldritch horror.

The Kickstarter campaign includes an early bird pre-order pack. Also rewards such as backer-exclusive Holy Sites skins. For both regular and “evil” and in-game dedications. The design of an adversary deity. As well as the soundtrack and digital artbook.

“There are as many ideas for interesting religious expression. Just as there are people”, says Rick Sorgdrager of Abbey Games. “Godhood, we want to create a game offering players as much liberty as possible. Creating their own cult, and for that, we decided to ask for the help of our community.”

So you can expect anything from cat worshiping to human sacrifices. Godhood lets players become a newborn deity. And experiment with creating their own religion. Also through clear rules, defining virtue and vice, plus what rituals to practice. Prospective gods will soon learn, that followers come with an annoying free will. So that control over their worshipers isn’t total.
In a world where the number of followers equals power. Rival gods will attempt to convert your flock. So holding on to your worshippers is vital.
To do this, players will send their most trusted worshippers. All built up by rituals, going to battle their opponents. Doing so in combat known as Sacraments.

Godhood is coming to Steam Early Access and GOG in May 2019. The strategy god games also 20% funded (at the time of writing). And coming to Linux, Mac and Windows too.

More details are available on the official website. and the community HUB or by checking out the Discord and Twitter.