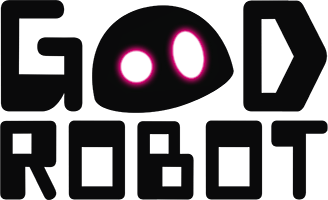 The year is 2031, and robots perform all the boring and repetitive tasks, which leaves humans with all the exciting jobs – like desperately fighting malfunctioning kill-crazed robots. The Good Robot was built to reverse the stereotype that robots are violent disasters, chiefly by seeking out and systematically destroying every wayward robot in the colony. It might take a while and you might want to invest in a warranty – as soon as you’ve fought enough robots to afford one.

“Sense of humor is definitely the key to survive in Good Robot”, said Arvind Raja Yadav, Programmer and Game Designer of Pyrodactyl. “We also went ahead and threw in a bunch of bouncing plasma discs, laser shotguns and flak cannons for good measure. Otherwise it might be a little tough fighting all the other robots armed with homing missiles and ion blasters”.

Good Robot is an action packed roguelike shoot ‘em up based in a post-apocalyptic world sprinkled with dystopian black humor. The protagonist is a floating robot savior pitted against an endless array of plasma-packing battle-armored “programming errors”, fighting for peace, justice, and no lawsuits.

Good Robot is coming to Steam this April for Linux, Mac and Windows PC. For more information, please visit Pyrodactyl.com 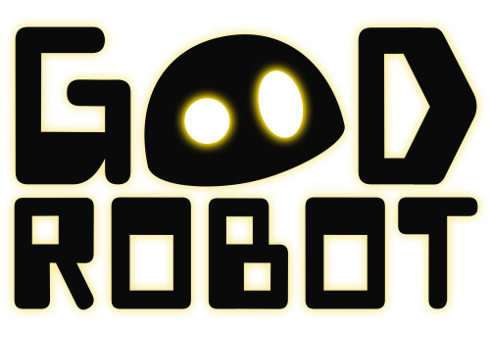 PyroCorp discusses the Pizzaland Incident and of course Good Robot