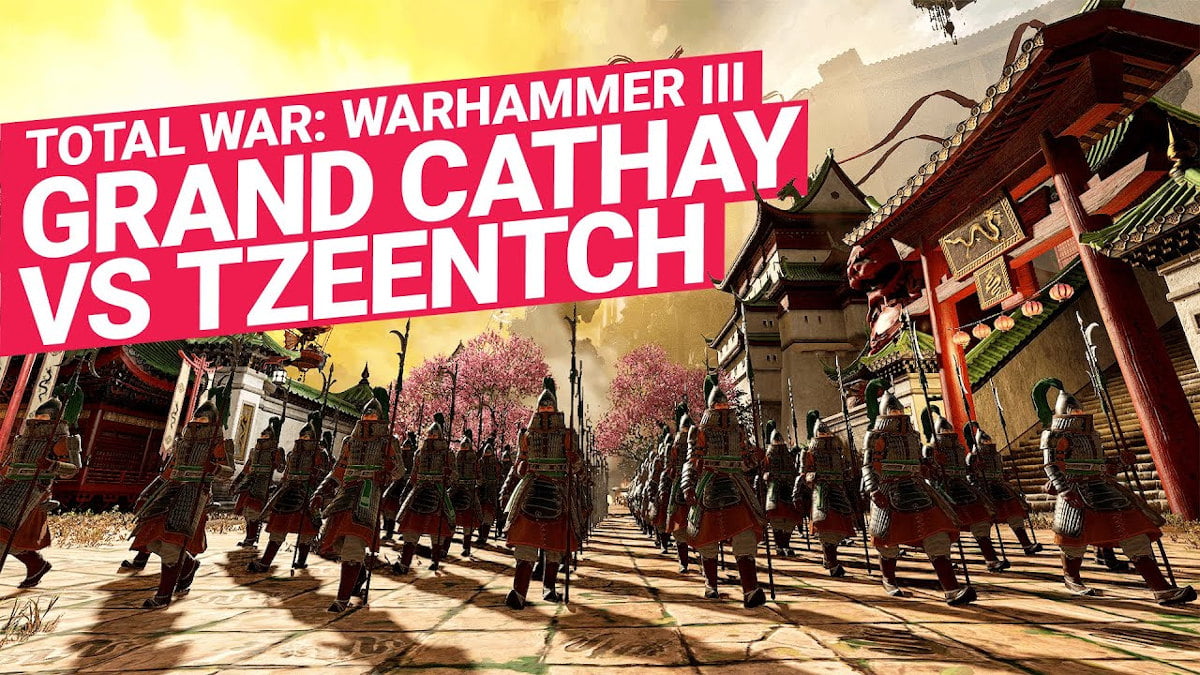 Grand Cathay gameplay now revealed for Total War: WARHAMMER III, the game is coming to Linux, Mac, and Windows PC. Thanks to the creative efforts of CREATIVE ASSEMBLY and Feral Interactive. Available for pre-order on Steam and Humble Store.

Watch the wonderous war machine of Grand Cathay defend the fabled Great Bastion. This is the latest gameplay video for Total War: WARHAMMER III. Kairos Fateweaver, Greater Daemon of the Chaos God Tzeentch, sends his infinite hordes forth. Also, the Storm Dragon, who must stand resolute in the defense of her father’s empire. It’s an impressive gameplay video showcasing what you can expect in 2022.

The Great Bastion is a symbol of eternal spite that has protected Grand Cathay. Saving it from the wrath of the Chaos Gods for millennia. It is a titanic, ultra solid wall imbued with ancient magic. This also runs the length of the Celestial Dragon Empire’s northern border with the hostile Chaos Wastes. Made up of three gatehouses, this unique camp has access to its own building chains. Since these laws can be further hardened by the great Wu Xing Compass. Sine this channels the Winds of Magic to its aid. All while allowing for a greater campaign and battle bonuses.

When defending this great Grand Cathay camp, players can also make use of new features. Since this will allow for greater strategic interplay. This includes the ability to construct missile towers and barricades. Doing so through the whole inner settlement. This means players can also set up brutal kill corridors if the enemy breaches the outer wall.

Of all the Chaos Gods, only Tzeentch has found any purchase within Grand Cathay itself. The Changer of Ways has crept into aspects of Cathayan society where the more overt tactics of his brothers have failed. A being unmatched in magical skill and a play. Tzeentch has also granted this gift upon his minions. All due to wreak havoc upon the mortal world.

With more than 34.3 million copies sold. Total War is one of the most authentic and superb gaming quality. Helping build the franchise as one of the most successful PC game series of all time. And while day one support is wishful, the Grand Cathay gameplay is inspiring. Hopefully cross-platform (Linux, Mac, Windows PC) multiplayer will exist.

Total War: WARHAMMER III is due to continue this effort on Linux, Mac, and Windows PC. Which available for pre-order on Steam and Humble Store. The games priced at $59.99 USD.