Grim Fandango is making a comeback with more functional upgrades 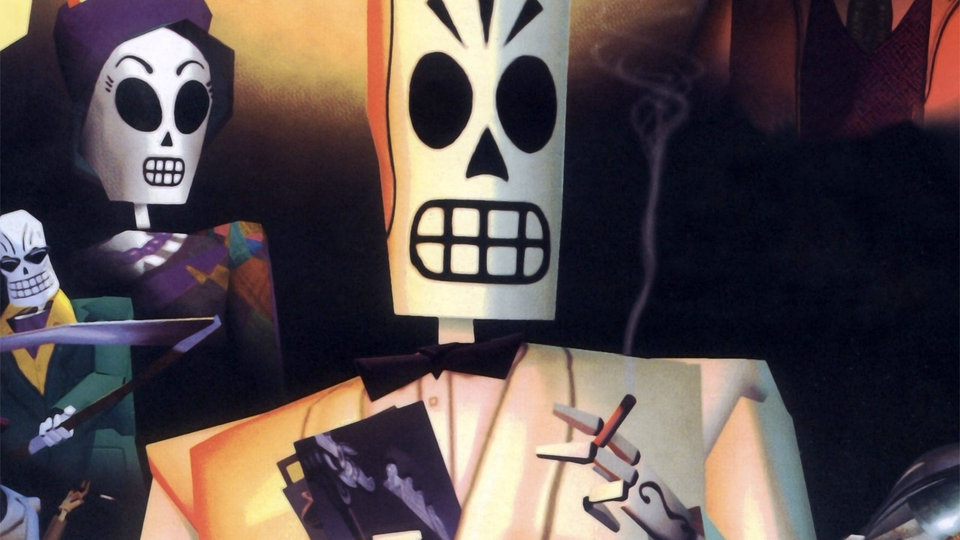 A remastered version of Grim Fandango coming to #Linux, Mac, Windows PC, and PlayStation platforms next year feels something like a video game miracle. Thanks to developer #DoubleFine’s efforts and some smart people at Disney and LucasArts — people who can make things happen — players will get the opportunity to play Tim Schafer’s classic noir #adventuregame, now lovingly overhauled.

At Indiecade, Double Fine and PlayStation brought the PS4 version of the game — it’s also coming to Linux, Mac, Windows and PlayStation Vita — putting their remastering efforts on display. The most noticeable difference comes, unsurprisingly, in the game’s graphics. Grim Fandango‘s pre-rendered backgrounds have been uprezzed and textures for real-time 3D models have been wholly recreated. Players can switch between the game’s old 3D models and its new ones with a tap of the DualShock 4’s touchpad — the difference in resolution and quality is pretty striking.

There are some subtler visual changes. Lighting effects, like the green glow of a computer monitor and warm sunlight pouring through a window, have been applied to character models.

The game is presented in its original 4:3 aspect ratio, but Double Fine is planning to add some widescreen options. Players can choose to simple stretch the screen out, but other options (like some screen filling art) are being considered, senior publishing manager Greg Rice said.

Grim Fandango Remastered also adds a new modern analog control scheme. The new controls are based on a player-made mod — Double Fine contracted the modder who originally developed the alternate controls to bring his work to the Remastered version — and make controlling Manny much easier. Purists who prefer the game’s tank-style controls will have the option to play that way, but analog will be the default.

The game’s midi soundtrack is also being redone. The Melbourne Symphony, which recorded the orchestral soundtrack for Double Fine’s Broken Age, is performing the score (which is being recorded next week).

Remastered also adds developer commentary to the game. Tim Schafer and other Grim Fandango developers recorded commentary during a series of gameplay sessions. As players move about the game, a clapperboard icon will appear in the upper left of the screen when Manny is near certain objects or locations. Tap the L1 button, and you’ll hear the Grim Fandango crew wax nostalgic or provide some amusing insight.

Grim Fandango Remastered looks like a re-release of a classic game that walks the line between looking just as good you remembered it and simultaneously better than that. Maybe the most impressive thing about it is that we’re getting it at all, that a LucasArts adventure game managed to find its way out of the Disney vaults. Expect Grim Fandango Remastered to arrive sometime in early 2015.