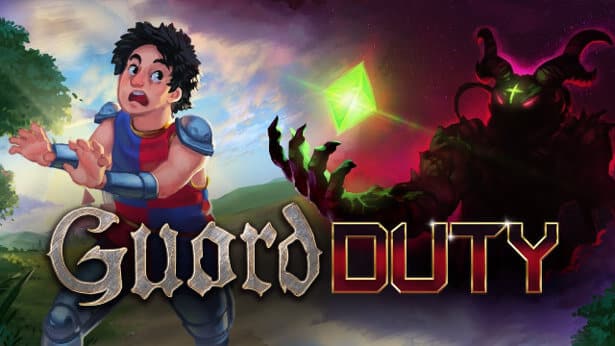 Guard Duty release date for the comedy adventure coming to Linux, Mac and Windows games. All thanks to the creative minds at Sick Chicken Studios. Which is coming to Steam on May 2.


Guard Duty is a fresh take on the graphic adventure genre. Thanks to developer Sick Chicken Studios. Since they are creating a unique comedy adventure. Which also follows love, loss and the end of the world.
Play will experience a story. Working it’s way through two very different time periods. So where it’s tge cobbled streets of Wrinklewood. The future dystopia of Neo London. Since happily ever after feels like a fantasy.

Tondbert, loyal guard to the Castle of Wrinklewood (Guard Duty). Who also had a bit too much to drink last night. Since he can’t find his clothes. And barely remembers dancing around the Town Square. You know, in his underwear.
Oh, and he accidentally opened the gate. Doing so for a mysterious stranger in a black cloak. What can be more suspicious than that?

So here we are Guard Duty. With the princess kidnapped. Princess Theramin, heiress to the throne. And the object of Tondbert’s unanswered affection. Hence the mysterious stranger in a black cloak. Oops.

Therefore, with all the King’s horses. And all the King’s men ready. It’s up to Guard Duty‘s Tondbert to save the day. And also, unbeknownst to him, the fate of humanity.

This “Pythonesque” comedy adventure spans two different time periods. Which also comes complete with cheeky humor. A stylized cartoon pixel art. And also a story that blurs the lines between fantasy and sci-fi.