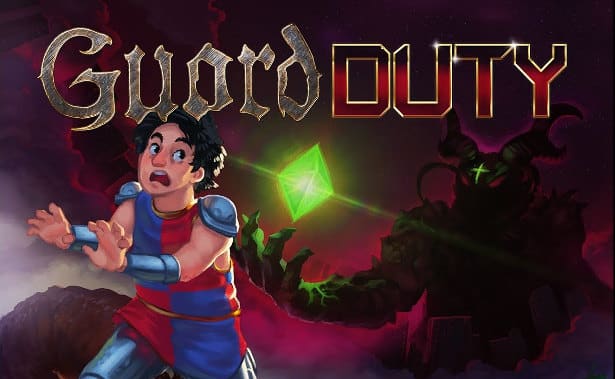 Guard Duty is a comedy adventure coming release in Linux, Mac and Windows games. A 2D adventure about love, loss and the end of the world. Which will be available on Steam this spring.

The story follows Tondbert, a loyal guard to the Castle of Wrinklewood. Who also had a bit too much to drink last night.
Since he can’t find his clothes and vaguely remembers dancing around the Town Square in his underwear. Oh, and he accidentally opened the gate for a mysterious stranger in a black cloak.

So now Princess Theramin – heiress to the throne and the object of Tondbert’s unrequited affection – has been kidnapped. Of course, by a mysterious stranger in a black cloak.
Therefore with all the King’s horses and all the King’s men. It’s now up to Tondbert to save the day, unbeknownst to him, the fate of humanity.

Guard Duty comedy is developed by Sick Chicken Studios. The release is coming this Spring. Although no date is available or price set. The full release will coming to Linux, Mac and Windows.