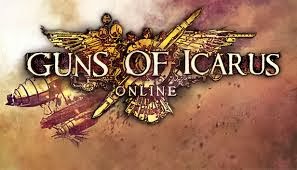 Guns of Icarus Online has announced new plans for their 1 year anniversary this October. Gamers will be able to get major discounts on the game for Mac, PC and Linux with the basic edition only $15 and collector’s edition for $20. Players can also get a 50% discount off 4-packs and rack in even more savings. Read on.

Guns of Icarus Online, the award winning airship combat game for Mac PC, and Linux, has rolled out the red carpet in anticipation for their 1 year anniversary in October. The price is now $15 for the basic version and $20 for the collector’s edition. The price decrease also applies to 4-packs, which now cost only $30, a full 50% off the individual price! On top of the price drop there has been another free content update, adding the Hades Light Cannon, a molten mid-range projectile that is designed to destroy armor and start tasty fires on the enemy ship. Another major addition is the ability to dye costumes different colors, massively increasing the diversity of the characters you see around the world. Full patch notes here.

Guns of Icarus Online is the premier airship combat game where 4 players attempt to man a giant airship in a team battle across the skies of a post apocalyptic wasteland. The focus of Guns of Icarus is entirely built around teamwork and team play, where one person is an important piece of a large battle and supported by built in voice chat and many features to help facilitate fast communication between players and ships.

The game was recently recognized for two awards, including Best Desktop game from indieprize.org at Casual Connect and Best 3D Visual Experience from the Unite awards at Unity.

Join the action and learn more at the official GunsofIcarus website.