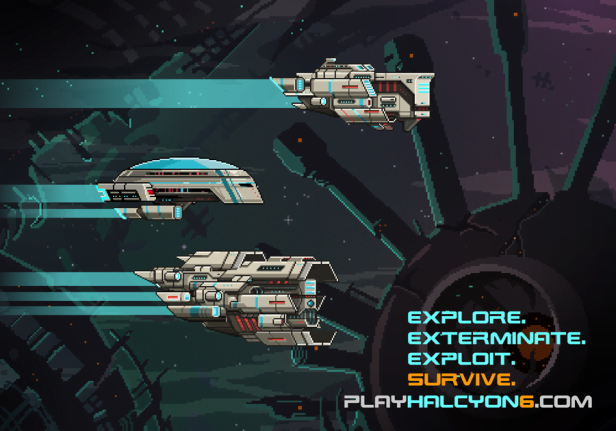 Just a year and a half after their highly #successful Kickstarter campaign raised $187,706 for the ambitious retro-styled space #adventure #strategy game. Toronto based Massive Damage Inc has launched Halcyon 6 Starbase Commander on Steam for Linux, Mac and Windows PC.

Halcyon 6 Starbase Commander is a hybrid strategy role-playing game with a unique blend of base building, exploration, and a deep tactical JRPG style combat system with capital starships and their idiosyncratic officers, all captured in stunningly beautiful modernized pixel graphics.

In Halcyon 6 Starbase Commander, a mysterious alien force known only as the Chruul is carving a path of destruction towards Earth and you, as the Commander of an immensely powerful, newly discovered derelict starbase left behind by a precursor alien race, are the best chance for the New Terran Federation to stop the impending invasion.

“We came up with the idea for Halcyon 6 a few years back when we realized there was a lack of epic space adventure games like the ones we loved when we were younger. Too many new space games stuck to the traditional 4x strategy template or went too far into shooter territory. Halcyon 6 was our response to that. Our goal was to design an approachable, fun, space adventure with just the right mix of strategy and RPG gameplay. ” said Ken Seto, CEO of Massive Damage.

Halcyon 6 Starbase Commander is available now on Steam with a 15% discount until September 15th for Linux, Mac and Windows PC.