Half Life 3 gets trademark with the European Union

Valve has filed a trademark application for Half Life 3.

The trademark application (via NeoGAF) was filed September 29 with the European Union’s Office of Harmonization for the Internal Market (OHIM).

A Valve representative was not immediately available to comment regarding what this news may mean for the future of Half-Life. A trademark application does not necessarily indicate that Half Life 3 is in development.

Last week, Valve announced SteamOS, Steam Machines, and a Steam Controller. The announcements did not win everyone over, as Gearbox Software CEO Randy Pitchford said Valve needs to introduce a killer app to display why the new initiatives are compelling. He specifically said a product like Half Life 3 would accomplish this. 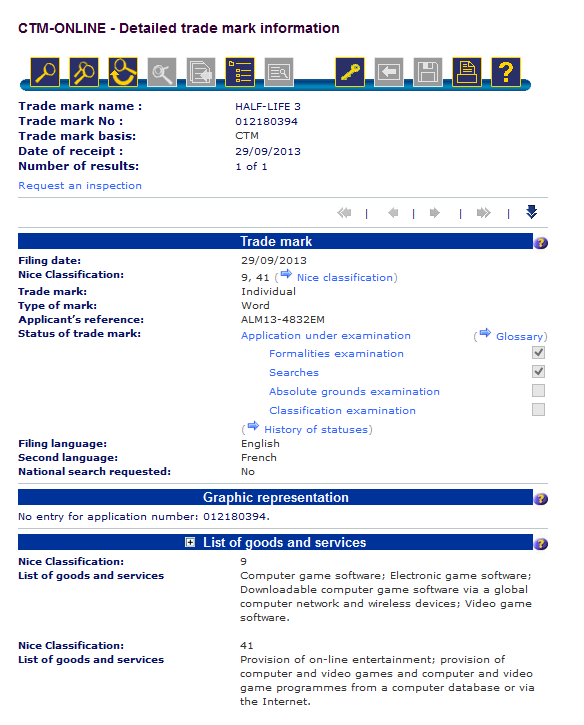 In August, Half-Life series voice actor John Patrick Lowrie said Half Life 3 is not in development, though he admitted he has “no idea” what Valve may be planning in the future.

Last April, Valve boss Gabe Newell said the studio had gone through numerous “twists and turns” to bring Half-Life 3 to market. He explained that Valve’s silence is in the best interest of gamers because elaborating on the game’s development “would probably drive people more crazy.”

Valve, Maker Of Steam And Source Software, Turns To Hardware