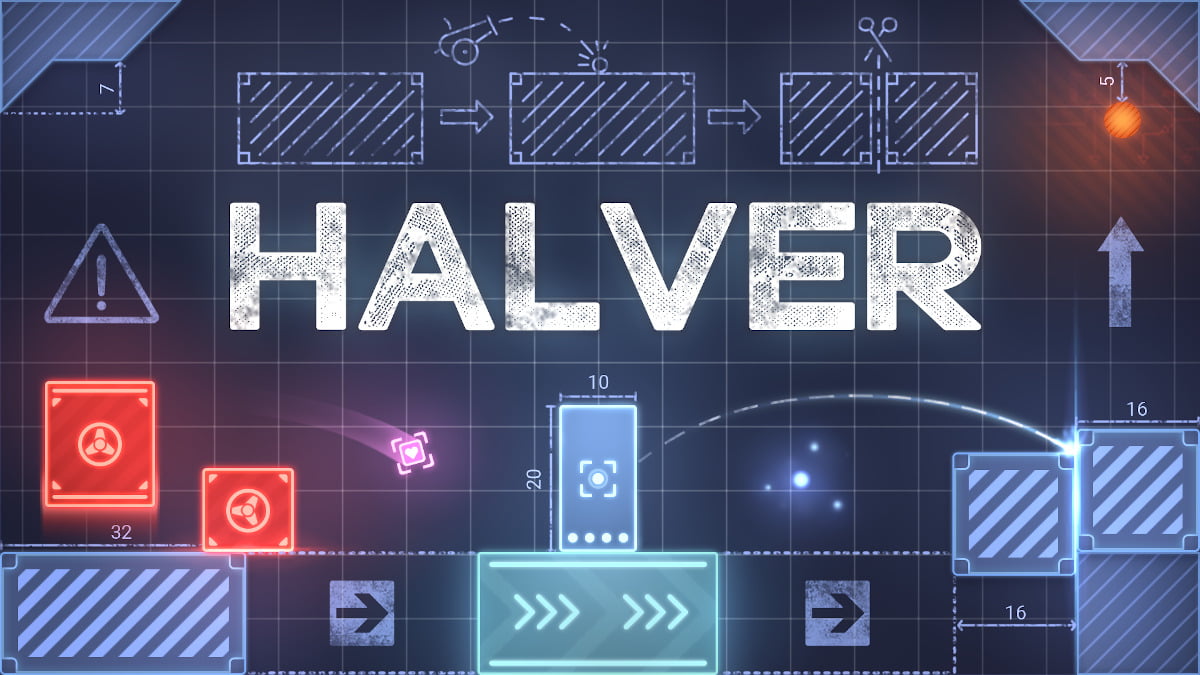 Halver physics puzzle platformer game to offer a port for Linux with Windows PC. Thanks to the ongoing and creative efforts of developer Gologames. Now offering the community a chance to Wishlist the game on Steam.

Puzzle platformer Halver is coming listed on Steam after 4 years of development. All due to the efforts of Gologames, a little indie team from Russia.

Gologames are also working to offer the Linux community, support. Reaching out via email, here is their reply:

As a result we hope that we will do a Linux support. Some of players on Steam add Halver to Wishlist on Linux platform. And we don’t want to deprive free software lovers possibility to play Halver.

Halver is an abstract adventure about a rectangle in the blueprint world. The main character can jump and shoot other blocks to divide them into two equal parts

Halver physics puzzle platformer is coming to Linux as well as Windows PC. Also available to Wishlist on Steam now. Since we can expect a port when the game launches in 2022.

Tandem: A Tale of Shadows port arrives just in time

Time Master is not your typical puzzle platformer