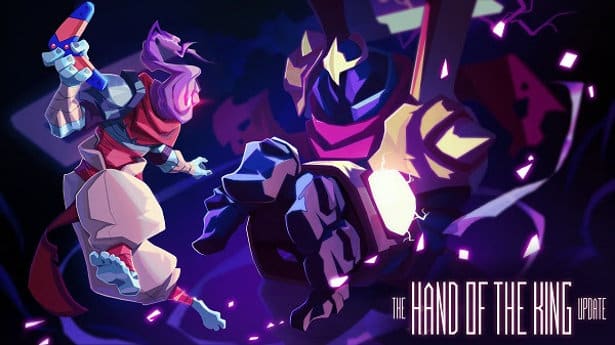 The Hand of the King update releases for Dead Cells on Windows, no Linux support yet. The games new content is definitely playable via WINE and PlayOnLinux. So it’s your choice. But also with that, new details outlined in the video. The games getting closer to the 1.0. Hence this is the final content update.

So after weeks of bug hunting and balancing from the most dedicated players. Which is happening via the Alpha and Beta branches. Motion Twin is stoked to release their sixth major update The Hand of the King for Dead Cells. Since the debut of its Early Access launch back in May 2017.

This is also the final “major” content patch. Since Motion Twin are gathering steam for the full launch later in the year. This includes a new castle-themed level and its rage-quit inducing boss. Which also includes a nightmare difficulty level. And of course, the expected abundance of weapons, monsters, design tweaks and balancing. The full patch notes can be read here.

Dead Cells The Hand of the King Update

Having sold more than 600,000 copies in Steam’s Early Access. the developers at Motion Twin can’t wait for all the players to get their hands on the new content.

“The time has come for our baby update to leave the alpha/beta nest and take its first steps in the real world. We’ve stocked up on coffee and junk food in the office, so we’re ready for any overnight emergency fixes (or unexpected siege warfare), but we’re pretty confident that weeks of testing should keep us sleeping in our own beds. We’ll also be at the GDC in a few weeks as part of the Indie Megabooth, so come past and let us know what you think of the new boss!” —Steve Filby, Producer at Motion Twin.

Also, Linux and Mac support will be coming later this year. There is no specific release date just yet. But the Motion Twin also outlines this in their plan for Early Access. Still, Dead Cells is the best metroidvania roguelikes on Steam right now.

Dead Cells is currently available in Early Access on Steam and GOG for $13.40 USD (normally $19.99) for the duration of the Midweek Madness sale.