Hazewalker to launch Kickstarter for Linux, Mac and Windows PC 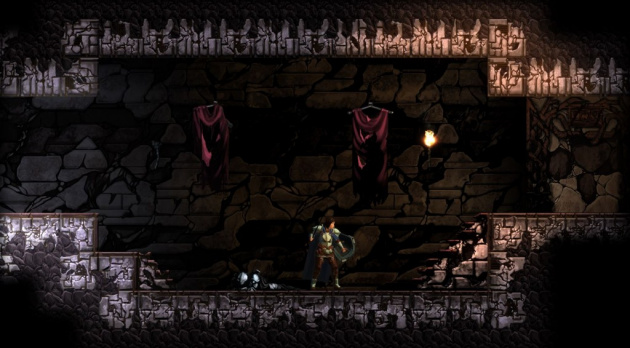 The term #Metroidvania is thrown around a lot, possibly because it represents one of the most #popular styles of game available; you play, you learn, and you triumph over obstacles with new abilities. When you combine #action gameplay with exploration it can be a winning formula.

The latest developer to toss its hat into this particularly crowded ring is TheoryForm Games, which is planning a Kickstarter campaign for launch on 15th October; it’s announced that the project — Hazewalker — will include the Nintendo GamePad at the core of the decision, with the developer stating that’s helped to drive it towards crowdfunding mainstays Linux, Mac and Windows PC; lead designer David Pierce is quoted as saying the following in the company’s press release.

I want to bring Metroidvania games into the next generation. I want to redefine what people expect from these kinds of games. I’ve been excited by ‘second screen’ possibilities and the kinds of gameplay experiences they can open up since Final Fantasy Crystal Chronicles on the Gamecube and Gameboy Advance.

Imagine being able to look at your map, thumb through your character’s journal, or see your inventory in the palm of your hands; for me, that’s really exciting. We’ve just started to scratch the surface of the really cool possibilities this brings to the table.

We are fully committed to an awesome, next-gen second screen experience, and Nintendo has been a fantastic partner to work with so far.

https://youtu.be/eNPgBAlAvyo?rel=0&hd=1
Based on the information available so far it looks like there’ll be both male and female representations of Falken, the protagonist of the game. This could certainly be of interest to Castlevania fans, in particular, with Castlevania: Symphony of the Night cited as a particular source of inspiration.