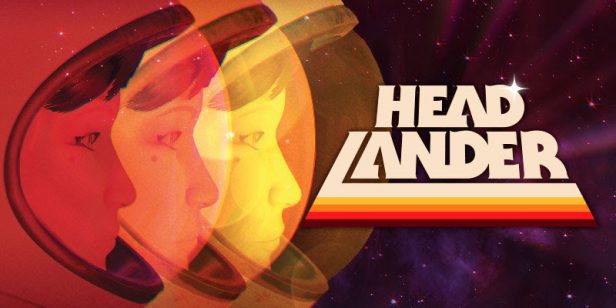 Launch into the ultimate head trip in Headlander, the new #retro-futuristic #action–adventure published by Adult Swim Games and developed by #DoubleFine. Headlander already garnered acclaim from media around the world, including IGN, who proclaimed it “…an unexpectedly great take on Metroidvania-style action,” while GamesRadar hails it as “[Double Fine]’s best marriage of concept and quality of content since Psychonauts.”

Headlander is available on Steam now for Windows PC at $19.99 USD.

This launch also marks the release of the Headlander Official Soundtrack, composed by David Gregory Earl and created using tape and analog synthesizers to deliver a distinctive, groovy 70s sci-fi soundscape. Read about the music-creation process and hear a variety of track samples on the PlayStation Blog, where you can also check out a music video to get a sense of how the soundtrack reflects the far-out game aesthetic. The soundtrack is available in a bundle with Headlander on Steam for $24.99 .

Set in a world inspired by 70’s science fiction, Headlander puts you into the shoes… errr… disembodied head of the last known human in the universe. Seeking clues to your fractured past, you must travel through a hostile world of machines using a special helmet that allows you to dock into and take control of any robotic host body. As you launch from one body to the next, you’ll start to discover that things are not quite what they appear to be, and the fate of humanity has yet to be decided.

Will there be a Linux release for Headlander?

The easy answer, No.
This discussion has taken place between Linux Game News back and developer James “Spaff” Spafford back in June, as well as the Steam Discussions. And to our dismay, there is very limited hope of seeing a native port.

Here is the full explanation from the forum post from Spaff:

Please excuse me if this isn’t the best explanation, i’m not the most technical of folks here, but this is how i understand it:

Previously we’ve been using Direct X 9 for the windows version of our games, and deriving an opengl version from that to make a mac and linux port.

For Headlander we wanted to push the visuals as much as possible, and so are using the more up to date Direct X 11. Building an opengl version from that would require a rewrite of the whole system we use, and we just don’t have the time / money / resources to do that.

Headlander is the last game that we will (probably) ever make on our internal Buddah engine as we are moving to Unreal from now onwards. So even if we did have the time and money etc, it doesn’t make much sense to invest lots of work into this engine that we won’t ever use again.

The good thing about using Unreal is that is has greater compatibility across win / mac / linux, so we should be able to better support Linux again in our future games – We’ve already confirmed that Psychonauts 2 will be on Linux.

Also: To make the Mac version, we’re using Metal, which has no compatibility with Linux. Where we’d usually be able to make both of those versions together, this time we can’t.

We’re really sorry guys, we do try our hardest to support everyone, but it’s not always possible!

Clearly, the internal Buddah engine seems to be the issue. Which makes one wonder why Unreal Engine 4 was not used much earlier and ported to not only Linux and Mac, but consoles as well?
After all, diversity in the market places makes a great game exactly that, aka. more people playing means more exposure.

Rise and Shine the Linux release with a talking gun