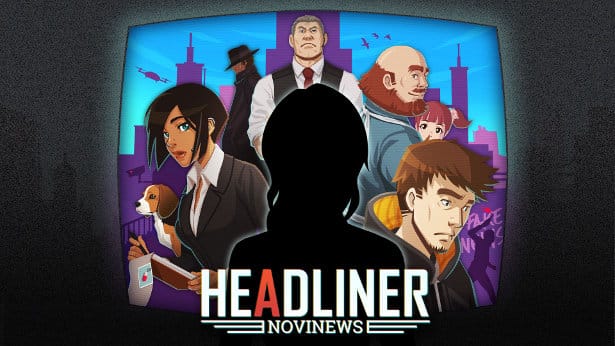 Headliner: NoviNews is a news editor sim is launches now on Steam for Windows, but works on Linux via Proton. Since developer will release a native build of the game on Linux. The good news as that you can play it now via Steam Play.


Taking place in the near future. Headliner: NoviNews casts players as the new chief editor of the country’s largest news publication. With great editorial power comes great editorial responsibility. Since you must decide which stories to run, meet your quotas. And also keep your audience engaged.
Controversy equals clicks with the world in conflict. So it’s up to you to cultivate the country’s culture through the court of public opinion.

Therefore players will spend their days in the newsroom making the tough editorial calls. Since this will shape the populace’s opinions.
By night, you’ll guide your custom-made avatar home. Observing how the stories you make available influence the populace.
Which politicians will they support? Will a riot break out? If so, how will you report on said riot?
With geopolitical tensions at an all-time high, it’s never an easy decision being the Headliner.

So as of now, I can confirm that Proton support works at a platinum level. This is after all a Unity 3D game. And even though native Linux support is coming, the games playable now.

Beyond the high stakes moral and ethical dilemmas your Headliner will face. Players will also have to make more personal decisions interacting with other key characters. Learn about your coworker’s health struggles. Also encourage your brother aspiring to be a comedian. And advise a single father how to run his store and provide for his daughter.

Because even though you control the news, at the end of the day, you’re still just a person. With your own circle of friends and part of the community you are influencing.

“Having travelled the world studying various regional conflicts, I wanted to make a game that explores the difficulties of using the media to bring people together in a society that revels in turmoil,” said Unbound Creations founder and director Jakub Kasztalski. “We live in a world of conflicting realities shaped by the media, and it’s not an easy web to untangle. Headliner: NoviNews explores not only the power of the media, but the challenges that come with wielding such power.”

Headliner: NoviNews news editor sim is launches now on Steam priced at $9.99 / €8.50 / £7.50. Releasing for Windows, while the Linux and Mac release is coming. But the games playable now via Steam Play.