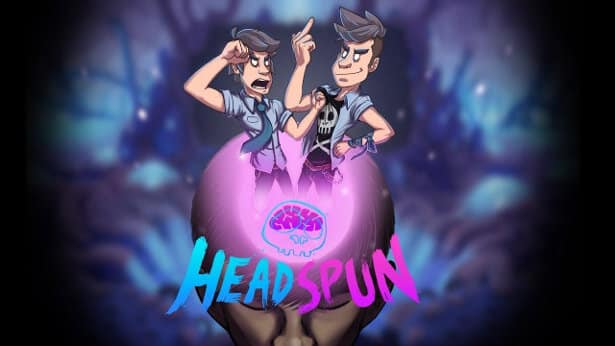 Headspun new FMV adventure games coming to Windows, Mac and then Linux, this summer. Thanks to developer Superstring. And also with the support of Wales Interactive. Who are also eager to announce the collaboration. The games coming to Steam, Itch and also Green Man Gaming.

Headspun will release the FMV adventure hybrid game. Which is coming to Mac and Windows. Also, PlayStation 4, Xbox One and Nintendo Switch this summer.

“So Linux won’t be a platform at launch I’m afraid. But will be looked into depending on interest. I did have an early test Linux version up on Itch previously. Which seemed to work ok. But as a one man band. There are no resources to dedicate the required time to that version just yet.
Speaking personally, I’d love to get a Linux version live. As close to launch as possible. But many factors at play now the game has a publisher.”

So the odds are looking good for support. A day one release may not be possible. Well depending on workload. But Superstring are also encouraging Wishlist support. Since the developer released a Linux build on Itch. Doing so back in September, 2018.

So here’s the story behind Headspun. After waking from a five week coma. Theo Kavinsky finds his life in broken. While having no memory of the accident. So now it’s all up to Ted and Teddy. The conscious and subconscious voices in his head. Trying to work out what happened. And also put his life back on track.

Gameplay combines live action storytelling. Along with elements of adventure. Headspun puts players in the shoes of Ted. The Director of Cortex – the rational. You know, the intelligent voice in Theo’s head. So what Ted thinks is best for Theo isn’t necessarily. Since it’s not a view shared by Teddy.
Therefore, the primal, subconscious voice. In the process of repairing Cortex. Is also re-hiring a team and finding out what happened. You know, the night of the accident.
So Ted and Teddy must cast aside their differences. And learn to work together.

Headspun was filmed on location in January 2018. With a small cast and crew shooting at Rodwell House. A working hospice in Surrey, UK. The live action scenes were filmed by Pinyata Film. Who help direct the FMV side of the project.

Headspun is a game about recovery and discovery. And the crazy ongoing battle between logic and emotion.

Also, anybody that purchases the DRM-free Dazed Edition on Itch. Which is also not available right now. They will also receive the Deluxe Edition Steam key. At least when the full release rolls around this summer. There is also no release date yet. And Linux support is also not listed on Steam. Since Mac and Windows will get the debut. Hopefully with enough Wishlist support on Steam we will have a day one release.