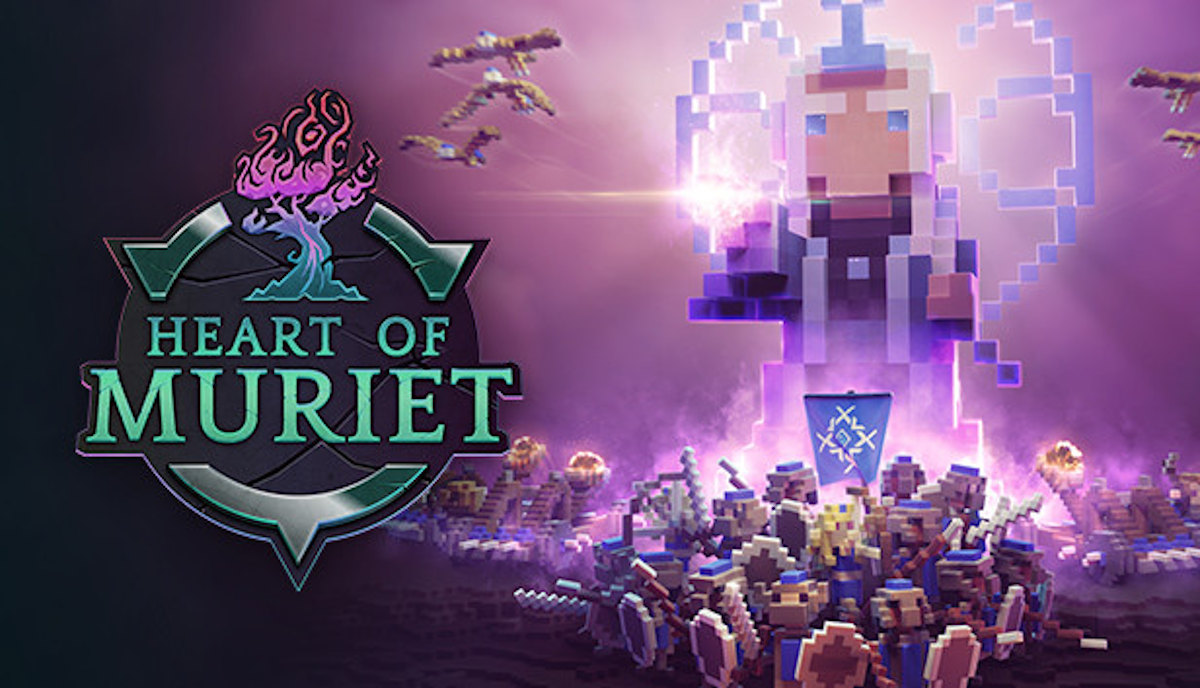 Heart of Muriet voxel RTS game to get native Linux support with Mac and Windows PC. Thanks to the creative talents of both developer Microtale and CRATR.games. Now starting off their Kickstarter crowdfunding campaign.

Solo developer, Microtale, is excited to announce their first title, Heart of Muriet. Which is a real-time strategy game taking place in the stunning voxel lands of Muriet. On top of that, the Kickstarter is now live. Due to raise 22,500€ ($22,421 USD) by September 26th, 2022. Which will help to develop Heart of Muriet to its full potential.

So this is a bit unclear, but Heart of Muriet development is using Unity 3D. Meaning, porting to Linux should be straight forward. With possible native Linux support coming via Early Access in 2023. But the full game release will offer support for Linux, Mac, and Windows PC.
However, right now, you can play the Demo now on Steam via Proton. It works rather well out of the box too. Letting you take on the first three stages of the campaign and use the level editor. Which is much better than expected.

In Heart of Muriet, the Seener, are a powerful band of Wizards. And have now been removed from power. Their families have also been kidnapped by an opposing house.
Luckily, a young, powerful Seener wizard survived the siege. Who is now on a quest to restore the Seener to its former glory.

Teaming up with Elves, Dwarfs, and Mages, you’ll need to build and manage settlements. All while researching powerful magic to overcome the enemy in tense, company based warfare.

Heart of Muriet gameplay favours grand strategy over individual unit micromanagement. Due to be similar to the original Starcraft and Warcraft games. Combine your resources with troop management and research progression. While you use base building to overcome the Heart of Muriet single-player campaign. Then restore the Seneer to its former power.

After restoring glory to the fabled lands of Muriet. Players can play in 1v1 skirmishes on maps they or their friends have created. A full-level editor will be available, offering the opportunity to create a map and set objectives. While restricting army size and even add an AI team to create a co-op experience.

Heart of Muriet voxel RTS is due to release in early 2023 via Steam Early Access. But the Kickstarter crowdfunding campaign is now live. Due to offer support for Linux, Mac, and Windows PC.