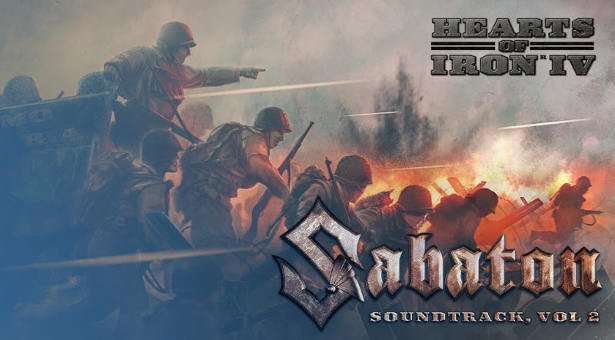 #ParadoxDevelopmentStudio and Hearts of Iron IV received it’s first expansion for Linux, Mac and Windows PC. Hence the studio continues the #musical synergy with Swedish heavy metal band Sabaton. Best known for their #songs about real historical events and the human side of war. Now Sabaton has licensed ten new songs for Hearts of Iron IV. Since each illustrates a moment of World War II with passion and power chords.

Highlights of this second music pack for HoI4 include 40:1, a song honoring the brave but futile defense of Wizna by a Polish army far outnumbered by invading Germans, and To Hell and Back, the story of highly decorated war hero Audie Murphy and his struggles with PTSD.

The Sabaton music pack is available for Linux, Mac and Windows PC. While only $5.99 (or €5.99) at the Paradox Store and on Steam.

Expansion subscription out for Hearts of Iron IV