Hegemone Pass on Kickstarter with a Demo 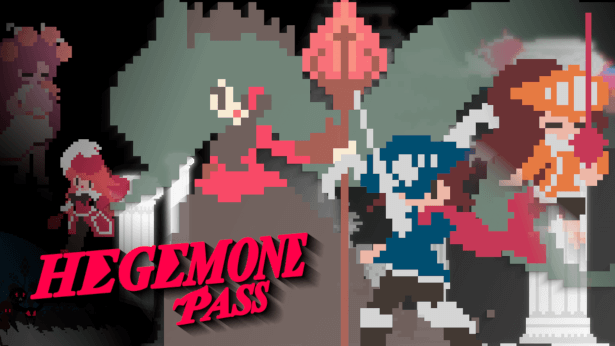 Hegemone Pass is a stealth JRPG on Kickstarter in Linux and Windows PC games. Thanks to developer Meringue Entertainment. Along with a downloadable demo. The crowdfunding campaign seeks a pledge goal of €16,000 goal ($17,938 USD).

Hunt your citizens or be hunted in Hegemone Pass. Since this a 2D side scrolling JRPG. Featuring both stealth exploration and battle. Which is also under development for Linux, Windows, and possibly Switch.

You are the Queen of the Underworld, Persephone. And your entire kingdom, the Underworld, has been taken over by the goddess Demeter. Since she stole your Supreme Title. Without the title, you are powerless. While Stealth dictates whether you live or fall.
When exploring in Hegemone Pass. The on-field enemy encounters do not dash at you when spotted. They will pray for help, summoning the Hunt. So that enemies can swarm. And their power also increases, following how much time is left on the alert. So that nearby reinforcements can jump into your fights.

Detected or not, you’ll be battling in turn based battles. This is for both allies and foes. Since one of each is designated as the Leader. Therefore, eliminating them is the key to victory.
However, Leaders activate their “Title”. This also empowers their allies or oppressing their foes.
Lastly, the Leader status can also be passed around from ally to ally. Doing so with the titular technique “Hegemone Pass”. Activating a new ally’s “Title”.
So when hunted, enemy titles are boosted based on the remaining time. Also making any encounter a potentially deadly one. To survive such encounters, eliminating the enemy Leader is your top priority.

There is also a demo available for Linux and Windows. This contains a “pilot” styled story and showcasing a sample. While highlighting Hegemone Pass’s mechanics.
Since the funds from the Kickstarter will be for full time development. And pay for music that will be composed by Paradoxigent. The final game is coming in June 2020 release. So check out the games demo.

Hegemone Pass is looking for your pledge support on Kickstarter. Hoping to reach that pledge goal by June 10 2019. And also planning a release in June 2020 for Linux and Windows PC. Coming to both Steam and GOG.