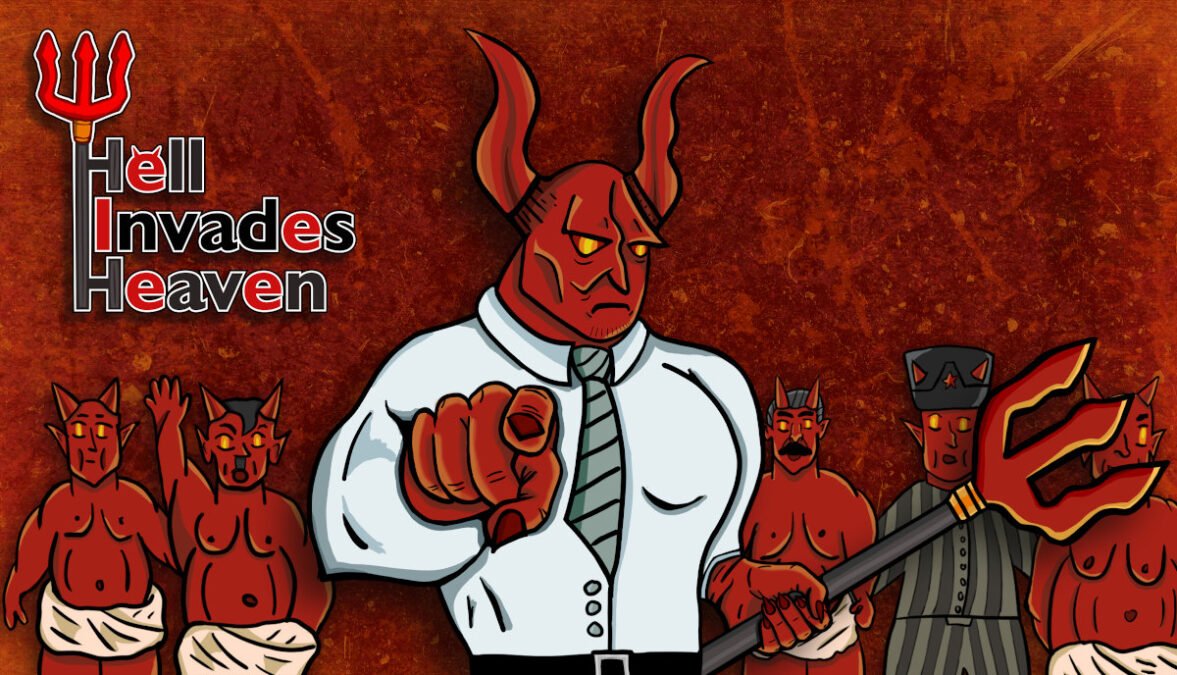 Hell Invades Heaven dark puzzle comedy gears up for release on Linux and Windows PC. Thanks to further details from developer Menajev. This is all due to release on Steam soon.

Hell Invades Heaven is a dark puzzle comedy game, loosely inspired by Lemmings. Where the player is the commander of hellish forces. All due to lead minions from depths of hell right to the God’s office. While spreading panic and destruction everywhere on the path, of course. All due to release on October 22nd.

All the adventure of Hell Invades Heaven is still in the works. Having played the most recent Linux build of the game. All thanks to the creative talents of Menajev. Letting me know that the only issue on Linux is display related. So, when more displays are connected, the game takes resolution from anything other than the main monitor and starts windowed. There is no possibility to set resolution & fullscreen manually. But that will all be added in the near future. While offering up French and Russian languages.

The story behind Hell Invades Heaven. Imagine that God himself missed paying the hot water bill. So now it’s up to you to take command of hellish forces. You know, along with the small help of Almighty. But, with a little bit of a lazy Devil, show the old man that hell kettles are not boiling for free.

You, an absolutely newbie hellish commander, gain the possibility. Due to prove that all rumors about your person are at least 28% wrong. In Hell Invades Heaven you are in fact capable of commanding small forces. Which is the greatest Hell vs Heaven war that ever happened. Put on your Unterleutnant uniform and do your job.

Features that you probably want to know: