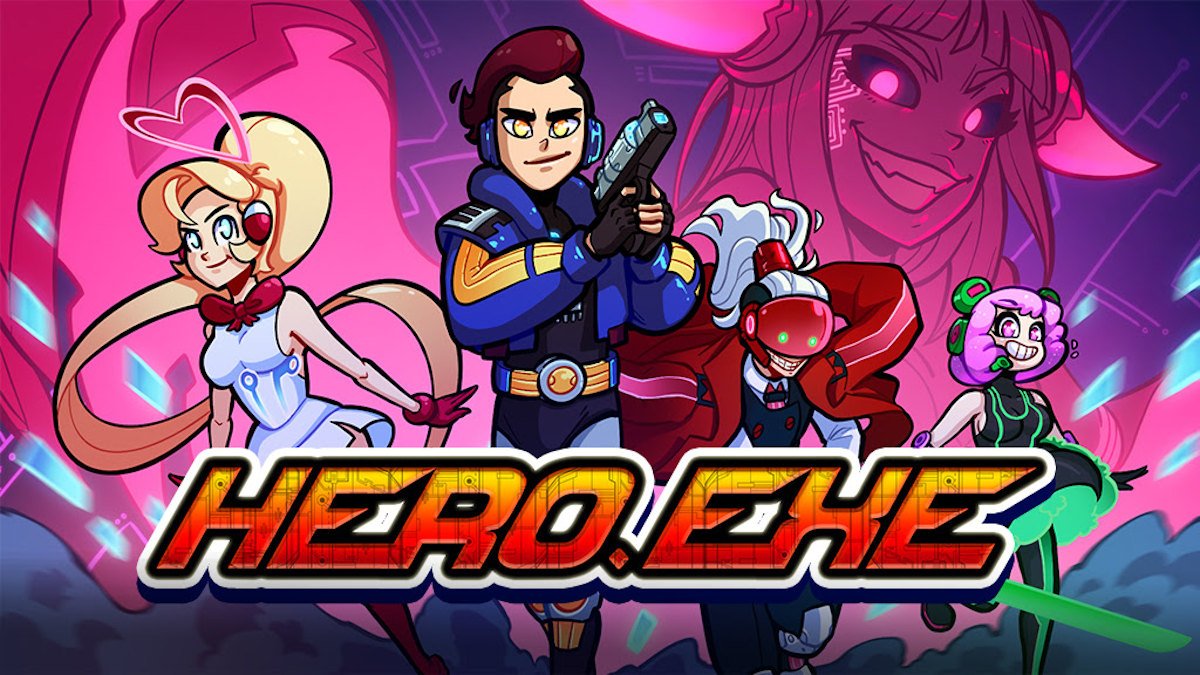 Coming to all major PC storefronts: Linux, Mac, and Windows PC. HERO.EXE is expected to release in Q1 of 2024. The Kickstarter campaign is live until October 21st. Having also passed the $20,000 USD campaign goal, currently 116% funded. While enthusiasts of the genre can pick up exclusive rewards, merchandise, and reserve copies of the game. A Windows PC demo is also accessible from the Steam page. Which works very well with Proton 6.3-6 and it’s very responsive. The dialogue is already voiced, which certainly makes the game feel alive. Check it out.

In another world, The Grid was design uses much the same way our own Internet. Dong so with elbow grease and a dream. However, the HERO.EXE world turned out very different from ours. Instead of websites, they built oceans. Instead of vlogs, they built cities, and soon A.V.A.s came into being. A.V.A.s are all partnered with pilots in the real world. Shopping, socializing, and browsing the grid are the many everyday essentials done through A.V.A.s.

However, one day upon logging in, you realise something’s not quite right on The Grid. Soon enough, an A.V.A. you’ve never seen before materialises before you. Who also changes your destiny with just a handful of words, “I need you to pilot me”.

Connect to the internet of another world, choose your A.V.A.. Go on an adventure to change both of our worlds! Each A.V.A. is a living being that will act and respond to your actions. Each of them has their own personality and goals. Including their own histories, stories, and relationships in HERO.EXE. All of these have an effect on your play-through. So get ready to take on whatever the Grid has to throw at you, together!

A Kickstarter crowdfunding campaign for HERO.EXE is live until the October 21st. Where enthusiasts of tactical action RPG games can pick up exclusive rewards, merchandise, and reserve copies of the game. A demo is also accessible from the page. While the full release is due to be available on Linux, Mac, and Windows PC in Q1 of 2024.

Zoria: Age of Shattering is 71% funded