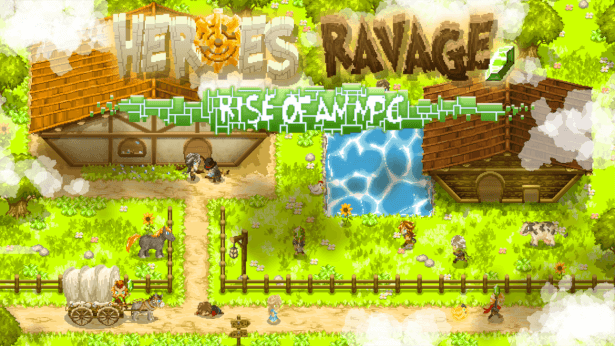 Heroes Ravage – Rise of an NPC RPG is on Kickstarter, alive in Linux, Mac and Windows games. The crowdfunding campaign is live for the singleplayer satirical game . The game will be released first on Windows and after on Linux and Mac.


Heroes Ravage- Rise of an NPC is a 4v4 multiplayer action game. Heroes with no remorse. Villagers fiercely trying to protect their valuables. While in an all out brawl of wits and might. Working to secure all the loot. The games also plays like a blend of The Legend of Zelda and Rainbow Six Siege.

“We are looking forward to be able to share our game. With all the players that stole from NPC’s before!” said Marcelo Norberto, Programmer at Pixel Dinos. “All members of the team always loved RPG’s. And we believe that Heroes Ravage will resonate with a lot of players that share this passion.”

The Kickstarter campaign also offers the players a change to get into early access. Including the game along with many other benefits. From skins and pets while helping design a monster. Heroes Ravage is seeking to raise a minimum of €20,000.

During the Heroes Ravage- Rise of an NPC campaign. There will be open trial events. So players can play the game with the developers.

Anyone interested can pledge and show their support on Kickstarter. From as low as low as €1.
Therefore, in order to obtain a copy of the game with early access. The minimum pledge is €15 for the Crafty Villager tier.

Heroes Ravage – Rise of an NPC crowdfunding campaign is back on Kickstarter. Since the games come to Windows, then Linux and Mac.