Creative of the famed Pony Island, Daniel Mullins will release the next project. Hence The Hex is a mystery horror set to launch sometime before the end of the year. So this means day-one Linux support, as well as Mac and Windows via Steam. Yet the games still in active development:

The Hex is being developed in Unity and I’m quite certain there will be a Linux release at launch. The release date is still TBD, because the game is unfinished. I’m guessing it will be early 2018!

While set in a creaky old tavern. A forgotten corner of the video game universe, yet a storm is raging. The barkeep gets a patchy phone call. Since it’s hard to tell what the caller is saying. So this much is clear: someone in this tavern is planning a murder.

There are six patrons of the tavern; all of them are video game genre protagonists gone astray. There’s The Spacemarine, The Sorceress, The Platformer, The Fighter, The Apocalypse Survivor, and The First Person Perspective. By exploring their memories you may discover the identity of the murderer… or you may find a much darker secret.

In The Hex you will…

The Hex is due to release via Steam on Linux, Mac and Windows. Since game set for a day-one launch, we still do not have a confirmed release date, it’s a mystery. Developer Daniel Mullins is still eager to release The Hex in early 2018. And given the success of Pony Island, this will likely be another epic launch. 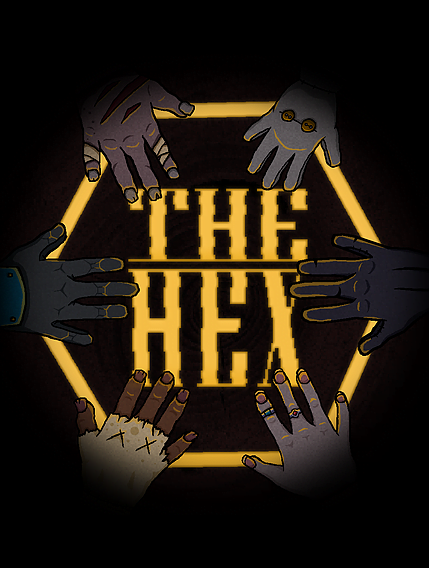 The Hex non-genre based horror comedy coming to Linux, Mac and Windows PC