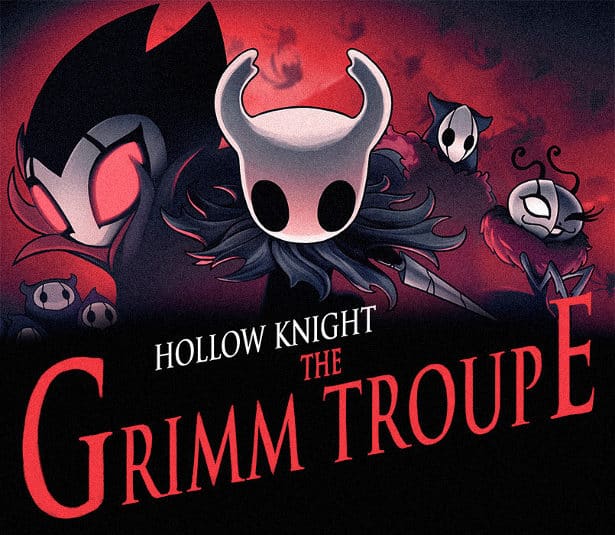 The Grimm Troupe releases for Hollow Knight on Linux, Mac and Windows. Also this update is available now, adding to the base game. So go on and light the Nightmare Lantern and take part in a sinister ritual. While fighting off terrifying new foes and gain powerful new friends. And of course, there are a few small extra surprises as well on Steam and GOG.

The Grimm Troupe content arrives as a free update. So this is available for all players in Hollow Knight v1.2.1.4. To be sure, just check your main menu for the version number. Also, Steam players receive the update automatically. Which I just checked and this indeed the current version. Hence making this free update even more significant for Linux.

Custom Map Markers will be slightly delayed for further testing and polishing. Expect them to arrive in the games small upcoming patch.

Thanks to our talented translators, you can now experience Hollow Knight in Russian and Brazilian-Portuguese. The developers are keeping the (Beta) tag on these two languages. At least for the next few weeks, just in case any small display issues pop up.

Due to a whole bunch of last-minute additions and fixes. Both the Mac and Linux versions of the Grimm Troupe are to roll out through the next day or two. Yet it seems this is not the case and Team Cherry pulled through.

The Grimm Troupe is the second of 3 free content packs for Hollow Knight. Pack 3 is its own big, unique thing according to Team Cherry. So keep paying attention and the update will be available soon. We also hope this arrives with day-one support as well.

So Hollow Knight The Grimm Troupe is available now for Linux, Mac and Windows. The games also discounted 34% on Steam and GOG.