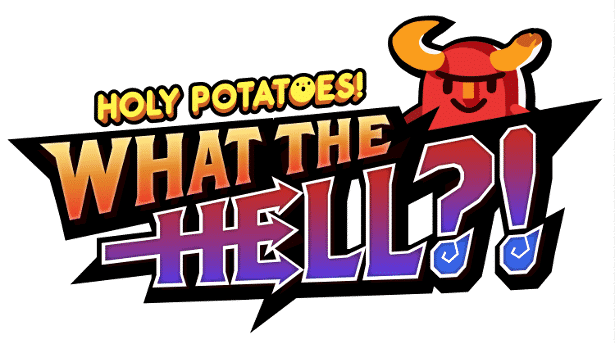 Since Daylight Studios is partnering up with Daedalic Entertainment. Hence the official release of Holy Potatoes! What the Hell?! on Friday the 13th, October 2017. Which will have a day-one release for Linux, Ubuntu, Mac and Windows. The DEMO is currently available on Steam, including Linux.

So fans of the Holy Potatoes! games who have either of the first two titles (or both) on Steam. Will be able to pick up Holy Potatoes! What the Hell?! for a discounted price on release day.

Holy Potatoes! What the Hell?! is a whacky hell-themed cooking management sim. Where players take on the role of a chef in an Afterlife populated by potatoes. Sort potato sinners into cooking stations to extract sinfully delicious ingredients. While cooking up incredible potato-based recipes. Appease the gods in your Pantheon while serving them savory spud dishes.

Since you play as Sweeny Tots, a potato chef in the Afterlife. Determined to find out what happened in his previous life as he works to ascend to heaven. Since he has no recollection of his prior life. You will appear in hell, late for your first day of work. After a brief and probably vague explanation. You are thrown into the kitchen, due to adapt to your new job.

Holy Potatoes! What the Hell?! Features: