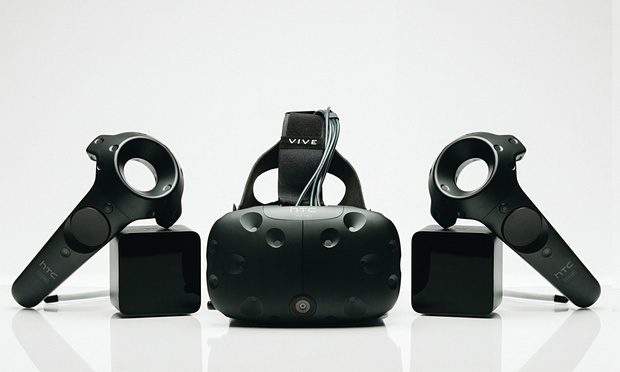 As a pioneer in innovative smart technologies, HTC #announced new #developments to the Vive #virtualreality system which represents the next step in bringing virtual reality to a mass-market. With the Vive Pre, HTC is fulfilling a promise to create a fully immersive experience that changes how we communicate, how we are entertained, plus how we learn and train.

Every one of the components have been redesigned to provide better comfort, ergonomics, and performance. Milestone improvements in both visuals and versatility.

While Vive is set for commercial launch in April 2016, HTC and Valve will be starting the new year by making an additional 7,000 units available to developers.

Right now, social media is lit up in reaction to the high cost of the Oculus Rift, $599 / £499 – without shipping.
Which is expected to be sent out to purchasers on March 28, 2016, according to the Oculus online shop.

So players will need a beefy PC to power it. Here are the recommended specs:

Take note the Windows only support for the time being. Linux and Mac have been put on hold back in May 2015. Where the Vive is expected to have native support, this will also present a further opportunity with the release of the Vulkan API. Which could give Linux that push ahead of other PC operating systems, potentially lowering some recommended hardware settings, but it is to soon to speculate.

As Linux gamers, the focus is on the HTC Vive which will be the first VR hardware to support SteamVR. Created by Valve, Steam VR tracking and the Chaperone system are optimized for use with Steam for Linux, Mac and Windows PC games.

HTC and Valve have worked with thousands of developers and partners to create VR content across a wide spectrum of sectors; from gaming and entertainment to health, automotive, retail and education

Also, just a heads up, Star Citizen‘s developers promised a robust VR integration. That may finally arrive this year.
Chris Roberts just announced the change during an end-of-year livestream, saying that there were a lot of updates for VR that Cloud Imperium needed to implement into Star Citizen, but it had been busy with the Alpha 2.0 and 2.1 updates most recently. However in the year ahead, they will be pushing to get “the guys in Frankfurt,” to work on better VR implementation.

Roberts also outlined that Star Citizen would support all major virtual reality headsets, which now means the Oculus Rift CV1 and the HTC Vive. A plus for Linux gamers.