#Kickstarter has been a great platform that allows aspiring #game #designers to get the funding necessary to develop their great ideas into a successful new release. Following in the footsteps of successful titles such as Rogue Legacy, #Forced is a new release that was first available for players to pre-purchase on Kickstarter late last year, and now, the +BetaDwarf game has finally #released for download on the Steam platform. Forced is an #action #RPG with heavy puzzle elements that will require up to four players to work together cooperatively to overcome enemies and the challenges laid before them by the gods. The game has been compared to a combination of #Diablo meets Left 4 Dead, and Forced definitely belongs in the same category with those great titles.

***Disclaimer: The subsequent review is in support of BioGamerGirl.com and does not necessary reflect the options of LinuxGameNews.biz. Although we think Forced is an awesome action RPG.***

The storyline of Forced casts the player as a nameless slave forced to train as a warrior and represent his tribe in a sacrifice to the gods that rule the land. When the man comes of age, it’s time to be thrust into an ancient tomb from which no one has ever returned. The choices are simple: succumb to the gods’ will and die a slave or fight back and prove to be a worthy gladiator in the trials ahead. The player is constantly nudged forward by a friendly Spirit Mentor named Bulfus, who also serves as the only friendly voice the player will hear throughout the game and as a narrator to the game’s action. The pacing of Forced is somewhat slow and deliberate and requires the player to face many challenges of one guardian before moving on to the next area. The game’s storyline often pokes humor at itself to help set a lighthearted tone even during such bleak times. 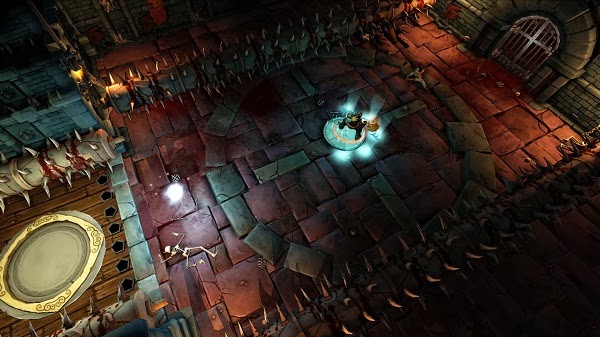 Bulfus not only plays companion and narrator for the game, but the spirit mentor is also a vital cog in the game’s puzzles. Bulfus may light torches to unlock a hidden room, possess a box to give players safe passage through a field of lasers or perform any number of other feats to solve puzzles and help players progress through the game. Although Bulfus cannot directly fight against enemies, the spirit guide can also float over totems and shrines to activate them and gain additional powers such as the ability to explode on impact with any solid surface, including other players! There can be up to four players in a single session, but there is only one Bulfus ever no matter how many players are in a single sessions, so it’s important for players to keep track of the little ball of light and work together to solve puzzles and use him effectively in combat. What seems as nothing more than an annoying guide that will interrupt gameplay to give player’s advice, actually becomes an important part of solving puzzles and fighting enemies in Forced.

Combat is very much like other action RPG releases with players taking full control of their character and using combination attacks to down foes. There are four different characters in the game, and each has their own unique special attacks that deal massive damage to enemies. It’s important for all players to focus on a single target at any given time, because each successful attack landed on an enemy places a mark on that particular enemy. The more marks that are placed on an enemy means that more damage can be dealt with a special attack, so large groups of enemies can be a much tougher problem as more players are added to sessions. Forced is a game that stresses cooperation, and combat is the first area where players must learn to work together or perish. 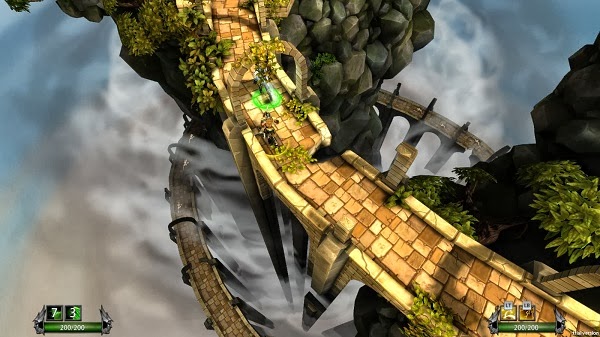 Characters in the game have plenty of customization options that include passive and activated abilities. Much like any other game in the genre, players will unlock better skills and abilities by defeating enemies and progressing through the game, but typically, only a few are ever equipped at any given time. Rather than forcing players to take control of a specific class of character, players must choose which weapon and gear to equip between each mission. This includes a powerful hammer character, a sword-wielding warrior character, long distance bow attacker and a more defensive shielded character. Each of the four ways to battle in the game come with obvious advantages and disadvantages, but it shouldn’t take long to find a favorite, though some multiplayer sessions may require someone to play as a class they don’t prefer. 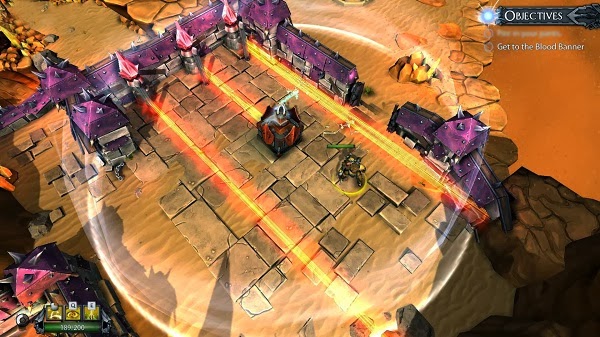 Forced uses creative level design that typically requires players to complete a series of tasks before facing off with a boss of each new area. The careful use of the game’s various mechanics will have players carefully fighting off hordes of enemies in a room full of laser beams of death in one area, while the next may require careful use of Bulfus to solve an intricate puzzle and the last room will see the players face off with a massive boss in an arena match to the death. Forced has a good variety of enemies to go along with great level design so that each battle feels different and forces a need for a different kind of approach in combat. Each character weapon has its best uses, and if you’re not switching between weapons often when entering new areas, you’ll find the game to be much harder than it needs to be.

Of course, players can bypass all of that in four player sessions by having each of the styles of characters in a mission at one time. Forced doesn’t feature any difficult settings, but the game can be handful on its default setting, especially when all players aren’t cooperating towards a common goal. It’s important to take out smaller enemies first and strategically use marks and have all players focused on taking down a single enemy while dealing the most damage possible. Once all of the trials have been completed in the game’s campaign mode, players can head over to the survival arena to see who is the best slave around, or something like that. Survival mode works the way you’d expect with players trying desperately to outlast waves of increasingly difficult enemies, and the mode can be a fun distraction away from the main storyline in the game. 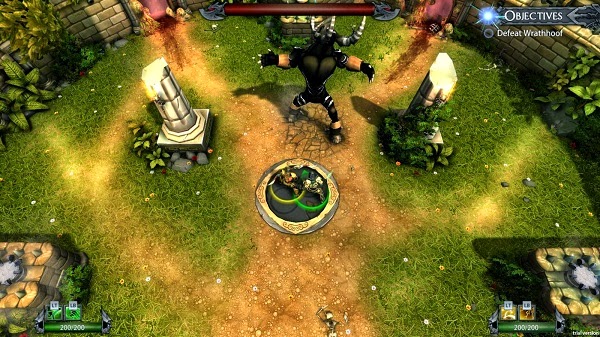 Forced features some impressive graphics that are mostly noticeable in the boss encounters against the largest foes. The camera angle is typically panned out pretty far to accommodate four players on the screen at once, so it’s rare to have the game zoomed enough to notice the detail that goes into each character model. The environments in the game are varied enough and include dark dungeons and bright deserts, though they mainly only change with the appearance of each new guardian. The game also has a pretty good soundtrack, and voice acting in the game is strong for the most part with Bulfus giving the game a fun narrative for the game’s voiceless protagonists.

All-in-all, Forced is a great game and an even better cooperative experience. Fans of the genre can be sure they are getting their money’s worth from this new title that offers an interesting campaign and a survival mode for added replay value. Forced is another example of importance of the Kickstarter program for the modern gaming industry, and that waited so long for the game’s release are sure to be pleased with what the new BetaDwarf title has to offer. The game offers a variety of goodies for gamers that backed the new release, but Steam gamers can still pick up the new title for $12 and enjoy easy Twitch streaming capabilities, full controller support and other features that come in the standard download of the game. Prove you’re not a slave by battling gods in Forced on Steam right now!

Forced is now available exclusively for Steam and can be purchased for $11.99 on PC, Mac and Linux. Forced is rated T by the ESRB. For more information on the game, check out the official Forced website. 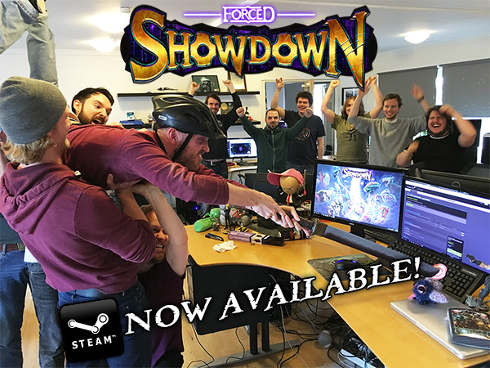 First Content Update For FORCED on Linux, Mac and PC