Humble Bundle Best of 2017 release of epic games for Linux, Mac and Windows. Bringing with it some highlights from 2017. Since this bundle is full of favourites from last year’s bundles, it’s decent.

So for native titles, Goat Simulator, Hacknet, Death Road to Canada, Verdun and Turmoil. You can also purchase supporting a charity of your choice. Which is what this is all about, right? It doesn’t have anything to do with games. Although the Humble Paradox Interactive Bundle was a bit better.

As per usual, pay what you want. Since the bundle normally totals as much as $137 USD for all these games. The Humble Bundle team let you choose the price. 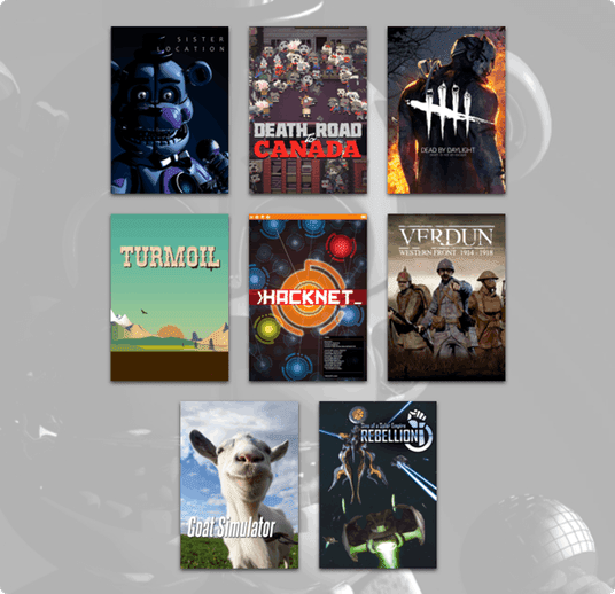 Pay What You Want

Also, all of the games in this bundle are available on Steam. Death Road to Canada, Turmoil, and Hacknet are also available DRM-free. Which is not bad, since they all have native support.

Support charity. You choose where the money goes. So between the developers and a charity of your choice via the PayPal Giving Fund.
If you like the bundle or like Humble Bundle, you can also leave Humble Tip too.

Humble Bundle Best of 2017 offering is only available for a limited time, per usual. So Grab the bundle before February 20th. After which the savings will be gone for good. And in the meantime, check out the Rockstar Humble Bundle. Which also has one week left for games that will need Wine or Lutris to work natively.