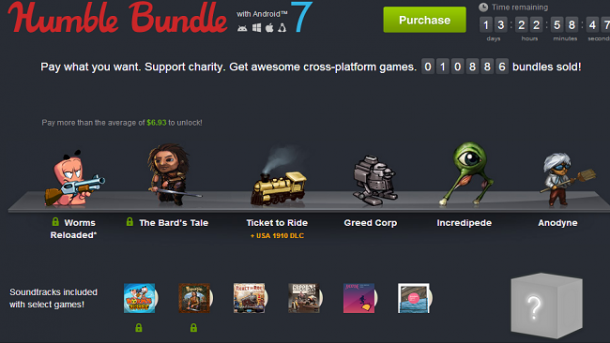 This time around, it’s pay what you will for Ticket to Ride, the tactical turn-based game, Greed Corp, strange indie mutation game Incredipede, and the 2D adventure puzzler Anodyne. If you pay more than the average of $6.20 you’ll also get Worms: Reloaded (along with Worms 2: Armageddon for mobile) and the hilarious and raunchy role-playing game, The Bard’s Tale.

This is an incredible lineup of games and a ridiculous amount of content for your $7 dollars. As usual, the folks at Humble Bundle have sweetened the pot with even more extras. Most of the included games come with downloadable soundtracks.

Since its first offering back in 2010, the Humble Bundle has provided a model for crowd funding that’s a win for everyone involved. The consumer gets a great deal on a selection of games, the game creators are compensated directly, and charities such as Child’s Play get funding. Also, you can choose how much of your donation goes to each, as well as the “Humble Tip” which funds the continued work of the Humble Bundle folks with convenient sliders.

This latest bundle offers up a ton of cross-platform, DRM-free content for use across your devices!

Check out the trailer for the The Humble Bundle with Android 7 and the full details from the announcement below! 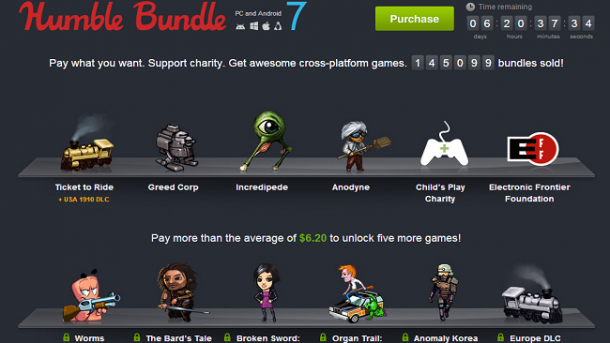