Humble Curve Digital Bundle launches for Linux, Mac and Windows games. Since the Humble Team is back again with fine titles. This bundle has some Linux in it. Not a ton to be honest. But there are games worth playing using Proton. So this makes your purchase more of a personal choice.


So here’s a curve ball for you. Curve Digital is here for their Humble Curve Digital Bundle. Since you can get games like Serial Cleaner. Human: Fall Flat, who’s developer dropped support for Linux. Smoke and Sacrifice (works via Proton). Also, For The King and Bomber Crew. Both of these games have Linux support.

Which is all good, since you are supporting charity too. And really, in order to support charity properly. You know Linux support is needed. 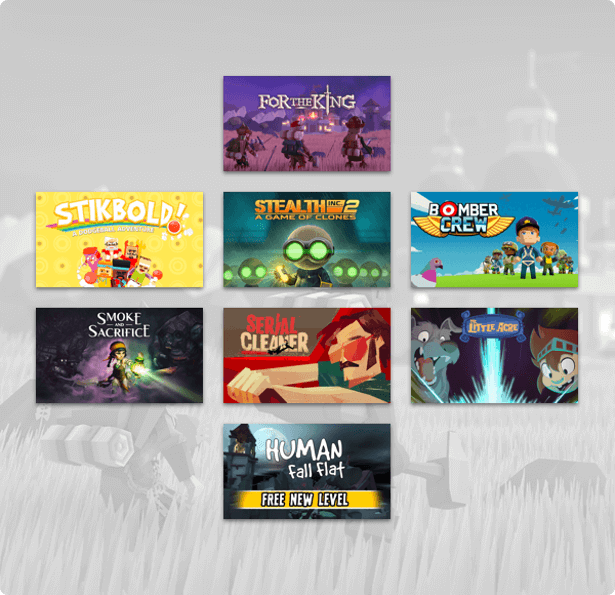 Pay $1 or more, will gets you Serial Cleaner and The Little Acre. Both have Linux support. But this also includes Stealth Inc 2: A Game of Clones on Windows. So not a bad start for only $1 USD.

Since the total cost for the Humble Curve Digital Bundle games is $107 USD. This actually not a bad deal. Despite having to use Proton to play most of the game here. You choose the price and increase your pledge to upgrade your bundle.
Which takes us to the “beat the average” tier. Which does not offer any Linux games at all. But the titles all have above Positive reviews. At least until you get to that $15 USD tier. Where you can get For The King and Bomber Crew. And if you do not own it, Bomber Crew is a great game.

Redeem all of these games on Steam. Sadly none of these games have DRM-free releases. So if that is a deciding factor for the Humble Curve Digital Bundle. This is just a heads up.

Like most Humble Bundles. Humble Curve Digital Bundle your purchase will help support charity. And you can choose where the money goes. Either between the publisher and a charity of your choice. Or you can also leave a tasty Humble Tip too.

Humble Plug In (And Play!) Digital Bundle is a choice