Home » Linux Gaming News » Humble Firaxis Bundle brings some Linux to the mix, along with Mac and Windows PC too

Humble Bundle’s #latest pay-what-you-want list of games is the Humble Firaxis Bundle. Firaxis has a significant collection #strategy #games and the home for Sid Meier’s titles, as well as the XCOM action strategy games.

Typically when you think Humble Bundle, we picture Linux, Mac and Windows PC titles, fully cross-platform. That’s not quite the way with this latest bundle. If you “beat the average”, this will get you 2 cross-platform titles and 2 expansion packs, out of 9 items.

Let’s break it down further by tiers, we have the following:

As a Linux gamer, the bundle is quoted via Humble as, “most titles in this bundle are also available on Steam for Mac and Linux”. In reality, this is more specifically 6 out of the 12 items. So we will not be boasting about full support any time soon. 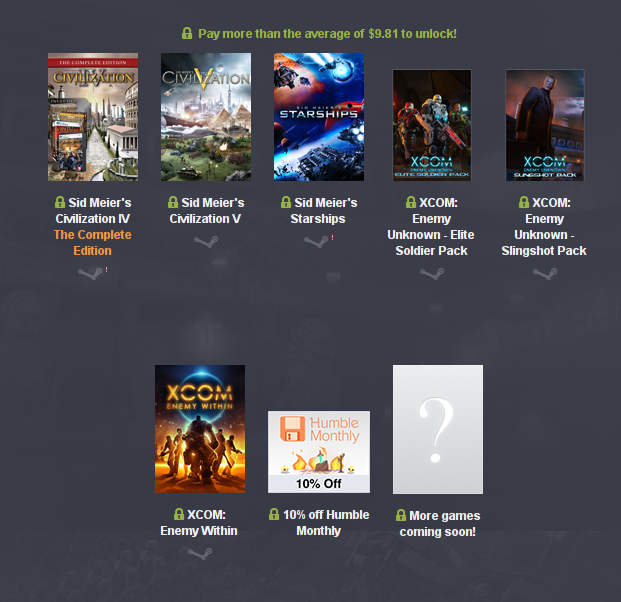 At the time of writing, the average-to-beat price relatively high, at $9.81. Remember though, those who do beat the average price will be getting more, yet unannounced titles added to their bundle, and of course you can direct a portion of your purchase to charity. This time around the Humble Firaxis Bundle is supporting Action Against Hunger USA.